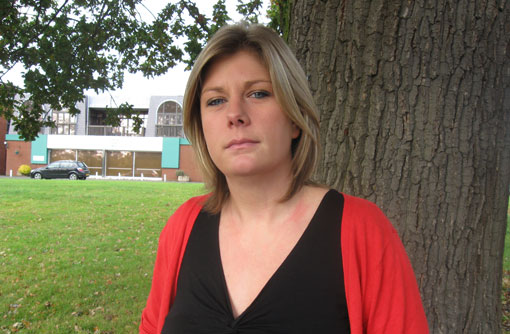 In 1998, when she was 16 years old, Hannah Knowles was a passenger in a tragic car accident that killed her brother Michael and three friends. She recounts her story to Farmers Weekly

“It was just a normal Wednesday night. I’d been down the pub watching the football with my brother Michael and our three friends – Ben, Louisa and John. John had been a family friend since Michael and I were little, and we knew Ben and Louisa through our local Young Farmers’ Club.

We left the pub about closing time and headed to the car. Michael was driving that night – he was 18 and had been one of the first of our friends to pass his driving test. When we walked across the car park towards his Vauxhall Cavalier it was cold with a frost in the air.

The journey home was about five miles. It was a route Michael knew well and as we set off we were all chatting away – the usual banter after a sociable night.

A couple of miles in, with no warning, we started spinning off the road. We went into a ditch bonnet-first and there was a big thud as the roof of the car hit a tree. Somehow the car ended up back in the middle of the road on all four wheels and then it was just silence.

At any moment I was expecting everyone to start laughing and say, “What the hell!?” but there was nothing. When I realised I was the only one conscious I just started screaming. I screamed a lot and cried a lot.

What happened next was a bit of a blur but the first vehicle that came along stopped to help and eventually an ambulance turned up.

When I saw my brother in the car immediately after the crash I realised how serious it was, but it wasn’t until I was at the hospital in the early hours of the morning that the police informed me that Michael, Ben and Louisa had all passed away. John was alive but in a critical condition.

Somehow, I escaped with some whiplash and a few bruises and was released from hospital in the early hours of the morning.

I started phoning friends that morning from about 6am before they started going to work or college. I wanted to be the one to tell them, before they found out from the TV or radio. We all gathered at a friend’s house, pretty much in silence.

A few days later John died in hospital and it was only then that it hit me. I was the only survivor.

I’ve still got a lot of blank bits but from what I remember we skidded on some black ice about three to four miles from home, between the villages of Long Itchington and Marton on the A423.

Before the accident I was at college studying a GNVQ Intermediate Business qualification and waitressing at a local pub. I did a lot of dancing in my spare time too, but all of that went on the back burner after the accident. I couldn’t cope with it. It was like, “What’s the point?”

The accident happened in mid-November and I don’t think I started getting back anywhere close to normality until I returned to college in the New Year.

If I’m honest I don’t think I’ve fully recovered even now. I still have pretty low days, pretty crap days. I still go through all the guilt and have moments when I think to myself “Why not me when all of them died? Why am I still here?”

I was 16 when it happened and I didn’t start learning to drive until I was 23. The thought of getting behind the wheel petrified me, but one day I decided I couldn’t let it stop me anymore. I found a really good driving instructor who was patient and understanding and now I couldn’t imagine not being able to drive.

I do worry when I see cars of young drivers, especially the “boy racer” types you see about. I want to tell them, “Don’t drive like a complete and utter lunatic, this is a big piece of kit to be in charge of.”