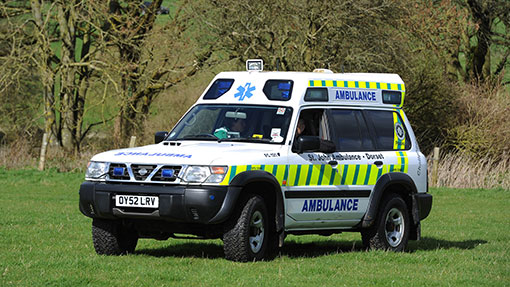 A Somerset farmer died from catastrophic head injuries after he was knocked over by cattle he was herding into a truck.

Robert Young was helping move cattle at Scar’s Farm, Redhill, to transport them to market when some of them refused to enter the truck and began circling around it.

The animals knocked into Mr Young, causing him to fall and hit his head.

He was taken to nearby Frenchay Hospital where tests revealed he had several bleeds on the brain.

Giving evidence at an inquest at Flax Coroner’s Court on Tuesday (7 October), consultant neurosurgeon George Malcolm said Mr Young, 68, had suffered a catastrophic injury which could not be treated.

He was transferred to intensive care, where he died the next day.

The inquest head that Mr Young and his son Neil had separated 10 cattle into two groups when truck driver David Marshall arrived at the farm to transport the cattle at about 6.15am on 17 May.

They guided the first batch into the lorry by holding either end of a metal gate, but Mr Young was knocked to his feet when one animal refused to get on board.

He managed to get up and get all the animals on board, but when they moved on to the second batch of animals they refused to go up the ramp and instead started to circle the lorry.

As some of the cattle attempted to get back into the cow shed, Mr Young was knocked over again, causing him to hit his head on the concrete.

The emergency services were called immediately and took him to Frenchay Hospital, where he died from his injuries.

Mr Young’s son, Neil, said his father was very experienced in moving cattle. Together they used to load cattle for market at least 12 times a year, he said.

Health and Safety Executive inspector Matthew Tyler said using a gate was not a safe way to move cattle.

“However this was a system that had been used at the farm for a number of years, as well as at other farms.”

Mr Tyler said changes had been made on the farm regarding how cattle were loaded on to trucks, with a vehicle used to hold the gate to guide cattle in.

A jury of six women and four men recorded a verdict of accidental death.