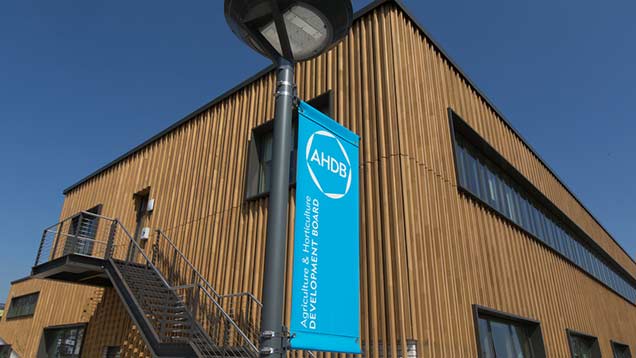 Hertfordshire farmer Stuart Roberts has resigned as chairman of the AHDB Beef and Lamb organisation for beef and lamb levy payers in England.

Mr Roberts resigned following a meeting of the sector body on Monday (24 August).

He has also resigned as a board member of the AHDB.

In a statement, Mr Roberts said: “This is the toughest decision I have ever taken – but I felt it is important to stand up for what I believe in, which is [that] agricultural levies belong to farmer and processor levy payers.”

Mr Roberts said it was important that sector boards were free to decide how their levy money was spent. But the relationship between AHDB and Defra was “not as healthy as it could be,” he told Farmers Weekly.

The statement added: “It should be the industry through their AHDB sector boards that are responsible for determining how levies are used.

“At the present time, I can foresee a realistic prospect of the levies, in the long term, being lost to the realms of a remote tax that the industry will have little or no influence over.

“This is the toughest decision I have ever taken – but I felt it is important to stand up for what I believe in, which is [that] agricultural levies belong to farmer and processor levy payers.”
Stuart Roberts

“This is a situation I am determined should not be allowed to happen and have therefore resigned as an AHDB board member and chairman of the AHDB Beef and Lamb sector board.”

Mr Roberts’ resignation comes less than six months after he was appointed as chairman of AHDB Beef and Lamb in March.

He stepped down from his part-time role at meat processor ABP so he could concentrate on his AHDB Board role alongside his farming commitments.

A Nuffield Farming Scholar, Mr Roberts is a partner in an organic beef and cereal farming business in Hertfordshire and Kent.

“The work of AHDB and its sector boards is invaluable and is crucial to the success of the industry,” he said on Monday (24 August).

“However, I have now realised that the direction of travel which I believe is currently being pursued by this government is not in line with my own fundamental principle about the importance of the sector boards and their sovereignty over levy priorities.”

“Mr Roberts said the beef and lamb sector board was made up of some of the most dedicated and experienced individuals he had ever had the pleasure to work with.

“It is only they that can fully appreciate the needs of the sector and for the sake of the entire industry it is vital they themselves be given the freedom to determine future work for their sector.”

AHDB chairman Peter Kendall said: “I am very saddened to hear that Stuart Roberts has offered his resignation today as the AHDB board member responsible for Beef and Lamb.”

He added: “It is a real shame that Stuart did not feel able to raise his concerns about Defra with his colleagues on the main AHDB board so that I and my board members could have taken these up collectively with the minister.”

Sir Peter added: “I have always fought passionately for the interests of this industry, and I am well aware of the strength of feeling from farmers and growers that levies belong to the industry.

“As AHDB moves forward, we will continue to make the strongest possible case to government to carry out the work that our boards believe has the biggest impact for the industry.”

Farmers Weekly has also asked Defra for comment and expects to receive a response on Tuesday (25 August).