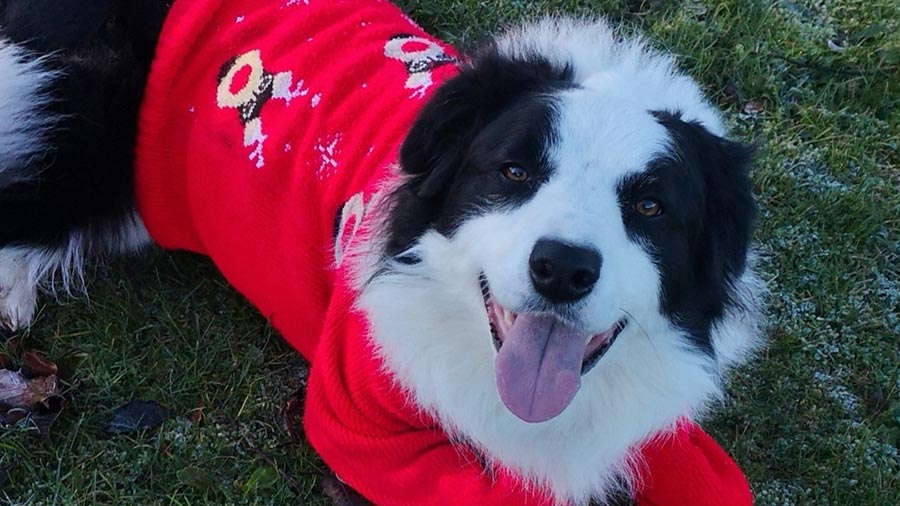 From our Christmas gallery 2019 © Tracey Evans

Many people will be glad to see the back of 2020, which has seemingly heaped problem after problem on those working in the agricultural sector.

It has not all been bad, of course, but how well do you remember the people, places and events that shaped the past 12 months?

See also: All our news coverage in one place

1. In February, George Eustice became Defra secretary. Who did he replace?

2. The Black Farmer picked up two gongs this year – an MBE from the Queen and a Daily Points of Light Award from the prime minister. What is the Black Farmer’s real name?

3. Which Treasury adviser said in January “the food sector isn’t critically important to the UK” and suggested we should be “more like Singapore” and import our food?

4. Who fronted a Channel 4 documentary in January called Apocalypse Cow: How Meat Killed the Planet?

5. Who opened a new farm shop at his Diddly Squat farm in Chipping Norton, Oxfordshire, in February, ahead of a new TV series on Amazon Prime?

6. Who, in October, announced her intention to step down as chief executive of AHDB?

7. Who proposed an amendment to the Agriculture Bill in May, seeking to protect British farmers from substandard food imports?

8. Who resigned as chairman of Red Tractor after it was revealed she voted against attempts to make substandard food imports illegal in the Agriculture Act?

9. Who became the new chairman of AHDB in April?

10.Who became president of the National Federation of Young Farmers’ Clubs in August?

1. Climate activists demonstrated outside the Oxford Farming Conference in January, wearing red and their faces painted white. Which group did they represent?

2. Storm Ciara hammered the country in February this year, but which storm brought further chaos just a few days later?

3. In January, to celebrate Veganuary, Greggs bakery launched a new “steak bake”. What made it so controversial?

4. Which rule was dropped by Defra in March, in response to the wet weather?

5. What hashtag campaign did Farmers Weekly get behind during the first coronavirus lockdown, to recognise the vital role of farmers as producers of food?

6. What was the name of the government’s initiative to attract Brits to work on farms, launched in April?

7. In June, a picture was circulated on social media of a wild animal in Scotland, weighing 150kg and accused of killing sheep. What was it?

9. What crucial piece of health and safety equipment was in short supply ahead of harvest, due to the coronavirus crisis?

10.What was unusual about this year’s Open Farm Sunday held in July?

11.Which academic institution won the annual Farmplanner Trophy in 2020? Was it: A) Harper Adams University,  B) Newcastle University,  C) Riseholme College or D) Bishop Burton College?

12.Which agricultural college was marked for closure in May 2020?

13.Which new body was established in July to assess future free-trade deals?

14.In July, a farm which is backed by Queen guitarist Brian May went down with 14 TB reactors. What is the farm called?

15.More than 28,000 people signed a petition to help support the wool market this year. What did they want wool to be subsidised for?

16.Which Channel 5 prime-time TV show about farming topped the channel’s ratings in August?

17.Which show society launched an appeal in September to raise £2m and help save its annual farming show?

18.How did MPs show that they “Back British Farming” on 9 September?

19.Which agricultural college had to pay £95,000 for polluting a stream four years ago?

20.What were placed outside the Palace of Westminster on 31 October, spelling out SOS for Save Our Standards?

2. Prince Charles is patron of the RBST. What does it stand for?

3. Fuel filters on tractors caused chaos this year, due to blockages caused by Fame. What does Fame stand for?

4. Under the government’s coronavirus assistance plans, what does CBILS stand for?

5. Separate housing requirements were introduced in Scotland for cattle with persistent BVD. What does it stand for?

2. Which big-name pickup maker announced that it will be withdrawing from the European market?

3. Which manufacturer offered the highest horsepower twin-tracked tractor on the UK market when it unveiled its 673hp 1167 MT earlier this year?

4. Children were given the chance to decorate Suffolk contractor Greenheath’s new Claas Lexion combine to celebrate the work of the NHS. What were they asked to draw?

5. Which tractor manufacturer’s Basildon plant was closed for five weeks this year, due to coronavirus fears?

1. What farm animal were Channel 4 viewers encouraged to steal in January in order to influence people?

2. Who ordered US meat-processing plants to stay open despite widespread outbreaks of coronavirus among the workforce?

3. In October, German authorities flew drones to locate and observe wild boar close to the Polish border to monitor which disease?

4. Boris Johnson said the beef of an African country would have “an honoured place on our tables”. Which country was he referring to?

5. What did the National Beef Association controversially want to tax in October to reduce carbon emissions?

2.What event on 3 July led to serious disruption to grain exports from the UK’s largest terminal?

3.Three Lincolnshire horticulturalists launched a ballot of fellow growers in July. What were they complaining about?

4.Which £100,000 crop was found growing in two polytunnels in Carmarthenshire in September?

5.What is the government proposing to stop farmers using as it seeks to deliver its Clean Air Strategy?

How did you do?