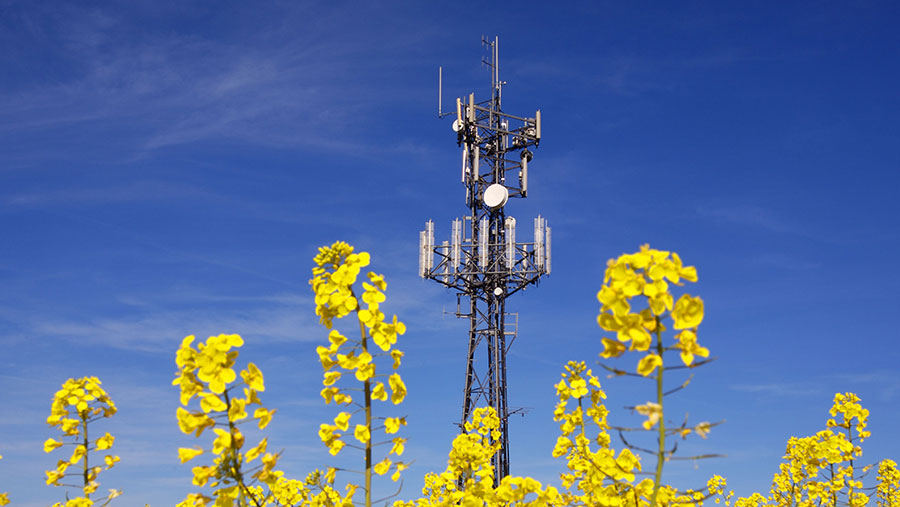 The Country Land and Business Association (CLA) has accused mobile phone network operators of abandoning the countryside after new information revealed a lack of investment in masts.

A Freedom of Information request submitted to planning authorities by the CLA showed some of the worst-served counties had not had a single new mast sited in three years.

In Rutland, where less than 4% of premises can get 4G from all four main providers, no planning applications for masts were submitted at all between 2015-17.

The Forest of Dean and Tunbridge Wells, classed as rural areas, also failed to see any investment in new masts over the three years.

However, the CLA argues coverage in most rural areas is far lower than in cities and towns and so a faster rate of improvement is needed to close the gap.

In a swingeing attack on network operators and the regulatory body Ofcom, CLA deputy president Mark Bridgeman said the countryside had been abandoned as a digital wilderness.

“This new data shows what rural communities have suspected for a long time, that the mobile industry is willing to abandon rural areas.

“Three years ago, we were told coverage would be delivered in the countryside and yet rural communities are still waiting,” Mr Bridgeman said.

“In the same period the mobile industry has got the new legal powers it wanted, on the basis it is a utility service.

“Now it must be forced to deliver the universal service a utility operator provides. We expect government and the regulator to take a tough line on this, and if Ofcom won’t then ministers must step in.”

The CLA is now calling on the Department for Digital, Culture, Media and Sport (DCMS) to review Ofcom’s statutory remit and confirm the body should prioritise working towards universal, quality mobile coverage for consumers.

Mr Bridgeman added: “The mobile operators have no market incentive to improve coverage in these rural areas.

“It is absolutely clear the only way they will deliver the coverage the countryside needs is if they are forced to do so.

“However, rather than pushing them to achieve universal coverage for consumers, Ofcom is setting soft targets for rural coverage. As a result, rural consumers face inadequate service and lack of network choice for years to come.”

But a DCMS spokesman insisted that mobile coverage in the UK was better than ever.

“Some 91% of the UK landmass now has voice coverage, but there’s more to do,” said. “We have implemented major changes to planning laws and made it cheaper and easier for industry to rollout masts, but the mobile companies now need to act fast on these reforms and deliver better coverage across the UK, particularly in rural areas.

“Ofcom is also currently looking at placing new obligations on industry to drive up rural mobile coverage even further.”