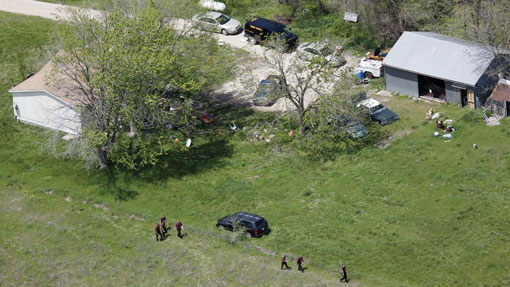 The CLA is warning farmers and landowners to remain vigilant over the threat of unlicensed raves being organised on their land.

The warning from the organisation follows the discovery by police of three raves in Lincolnshire over the past three weeks. The latest was a rave on land at Dowsby near Rippingale last Saturday (25 January).

The CLA is advising its members to reduce the risk of any illegal activity occurring in empty and remote buildings by ensuring they are secure and regularly monitored.

This includes any information that an illegal rave is taking place, any sightings of vans, lorries or large numbers of vehicles gathering near woods, rural car parks or near to disused buildings/warehouses, sightings of fliers advertising raves and broken padlocks on access gates to areas where a rave may take place.

(Add your views on illegal raves to our forum).

“These illegal gatherings can create unnecessary problems for landowners, who could fall victim to considerable clean-up costs and expensive repairs to outbuildings. The mess left behind also causes considerable harm to both wildlife and the environment.

“We urge farmers and landowners to help the police by reporting any suspicious activity, as early intervention and good local intelligence can prevent these illegal events and organisers can be dealt with appropriately.

“Officers find it much harder to shut down a rave once it has already started, so if you spot anyone suspicious who may be conducting early reconnaissance on rural land, or even starting to set up an event, then please report any such activity on the non-emergency number 101 as soon as possible.”