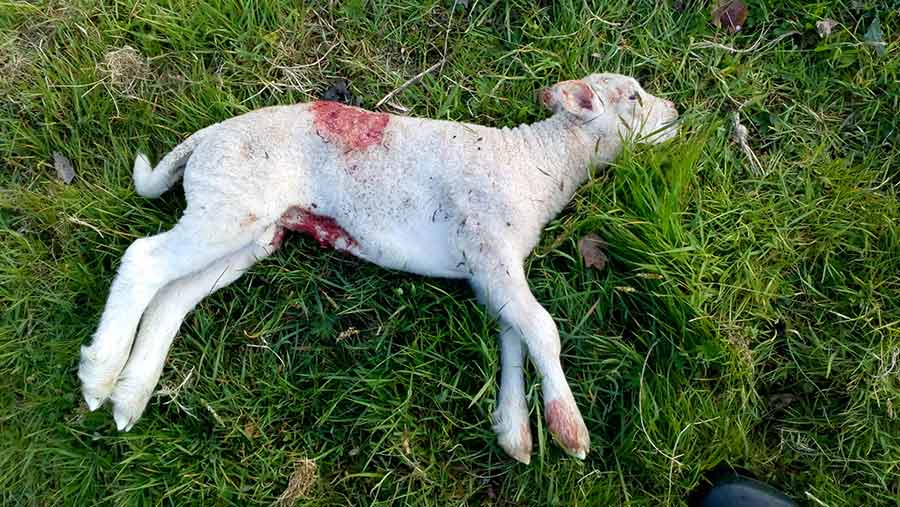 Submitted photograph DO NOT REUSE

A farmer who lost 20 sheep to a dog attack has called for public footpaths to be closed across farmland during the lambing season.

James Edwards, who runs 4,500 ewes across a number of farms in north Hampshire, lost more than 20 lambs in the attack on Sunday (14 May).

Mr Edwards, who farms with his partner Jess Faulkner, said he had spent much of Sunday afternoon picking up dead and mutilated lambs. He posted pictures of the animals on social media, where they were shared more than 400 times.

“I think the only thing to stop it would be for footpaths to be closed during the lambing season,” said Mr Edwards. “We should be allowed to shut down public access to footpaths while I am lambing sheep for six to eight weeks a year.”

Footpaths crossed many of the farms where he runs sheep, added Mr Edwards. “I am standing in a field now and there is a footpath down one side and a bridleway down the other. People drive here and just let their dogs run around.”

The call for footpaths to be closed comes as the National Sheep Association (NSA) prepares to release the results from its latest survey of farmers whose flocks have been subjected to dog attacks. Sheep-worrying continues to be a problem on many farms, it will warn.

Dog walkers shouldn’t be allowed to have access to fields containing sheep and lambs, said Mr Edwards – in exactly the same way that the law prevented farmers from cutting hedgerows during the nesting season to protect birds.

It was all very well putting up signs saying dogs should be on a lead. But many dog walkers took no notice. “We lamb mostly between March and May – exactly the time of year when people start to go out and walk their dogs in the countryside.

“In the last few months, I have picked up a dead ewe that had been backed into a kissing gate and had its throat ripped out. When I got there it was still bleeding. Another ewe was running around with its jaw ripped off. All of these fields had signs on them.”