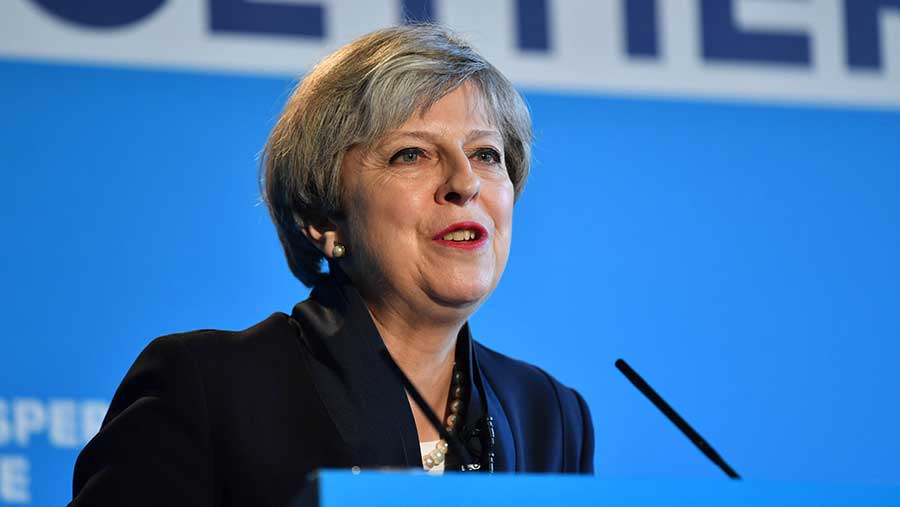 The Conservative Party has pledged to extend its commitment to guarantee the current level of financial support for farmers, from 2020 until 2022.

The commitment was the headline policy on agriculture in the Conservatives’ 88-page manifesto, released on Thursday (18 May), in which prime minister Theresa May set out her plan for Britain’s exit from the EU.

The Country Land & Business Association welcomed the pledge, saying: “Guaranteeing the budget until 2022 will ensure farmers can continue to both provide home-grown food and support the environment.

“This is much-welcomed reassurance from the Conservatives that, if they are returned to power, they will provide farmers and rural businesses with the certainty they need to plan for the future as the UK exits the European Union.”

The Conservatives said it “has huge ambitions for our farming industry: we are determined to grow more, sell more and export more great British food”. But it set out just six manifesto commitments which will affect agriculture:

The Conservatives also pledged to be the first party to leave the environment in a better state than it inherited it by: