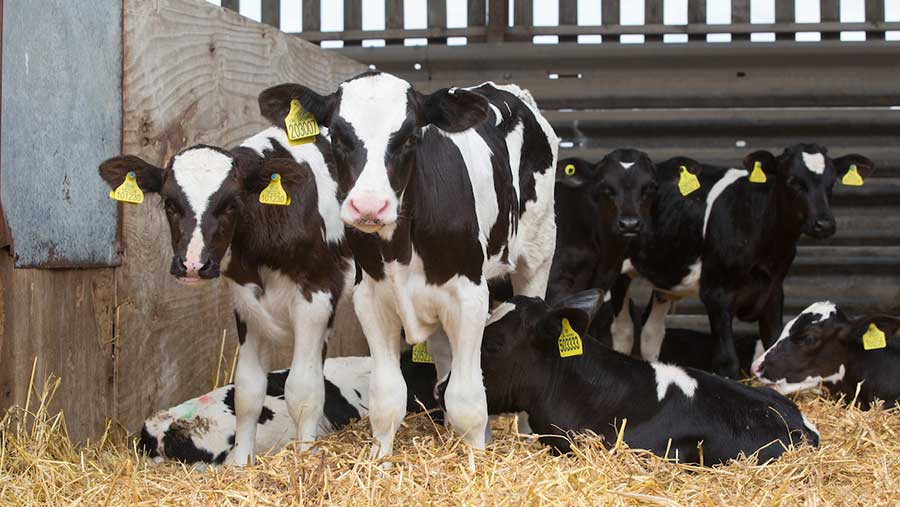 Sunday’s episode of Countryfile provoked widespread criticism from farmers on social media, following the show’s portrayal of what happens to dairy bull calves.

One of the BBC 2 programme’s presenters, Tom Heap, said between 10,000 and 100,000 dairy bull calves were shot on UK farms every year, but was unable to find a farmer currently shooting newborn calves.

Instead, the show used archive footage of a dairy farmer from 2008 who said he had to shoot bull calves “at times” as a result of low prices and TB restrictions – stressing that no farmers wanted to do it.

There is no data as to the number of UK dairy bull calves shot on farm, but Mr Heap said it is a “grey area for an industry already under the spotlight”.

But NFU dairy board chairman Michael Oakes played down the claim, saying he could only find one large dairy farmer who routinely shoots bull calves on farm in the UK.

“The show came to us very much with the view that there were tens of thousands of dairy bull calves shot on farms with no real evidence.”

Mr Oakes, who was featured in a segment of the episode on Sunday (13 August), said that the show’s producers were quite crafty.

“If the show’s presenters like Tom don’t come across right they retake the shot. But they don’t if I slip up – they were on my farm for four hours for a  two-minute segment.”

“Countryfile could be a good opportunity to showcase the best of British farming but unfortunately it chooses to have an underlying agenda,” added Mr Oakes.

The show gave equal airtime to the Ahimsa Dairy Foundation, a slaughter-free dairy that employs bull calves as working oxen and produces just 23,000 litres a year of “cruelty-free” milk, retailed at £4.50/litre – a 650% mark-up on regular supermarket milk.

shoutout #countryfile for educating me about dairy and veal. Good to get info from a farm-friendly source > adjective-heavy vegan leaflets

Just give up dairy, that's how to solve the problem.#countryfile

Straight from the farmer's mouth: "People who buy meat and milk should know the realities of the (dairy) industry". Absolutely #Countryfile

#countryfile promoting so called cruelty free milk! Where all the cows live their life out until they die of natural causes!

I think the meat&dairy industry needs to be reassessed on its ethics & produce demand. #countryfile @DefraGovUK

#countryfile … shooting bull calf's for veal.. due to milk production ..shooting and eating ponies.. what next barbeque your pets?