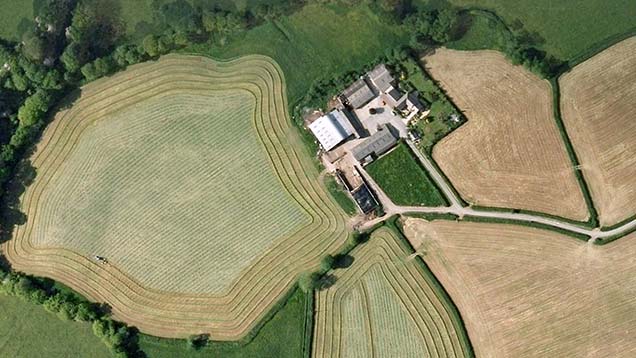 A Welsh farming couple may have to foot a £1m legal bill after losing a bitter court battle with their daughter over the family farm.

A judge had already ordered Tegwyn and Mary Davies to pay their daughter £1.3m in compensation over the inheritance battle for Caeremlyn Farm, near Whitland, Carmathenshire.

Daughter Eirian Davies – dubbed the “Cowshed Cinderella” – had worked for 30 years on the 320ha unit, either unpaid or at a low pay, while her two sisters were not expected to work on the farm.

Miss Davies claimed that until she reached the age of 21, she was paid nothing at all for her work.

After that, there was a period when she was paid just £15/day for milking the cows, although sometimes she received more.

Miss Davies also claimed that she had missed out on her youth.

She said she was shown a draft will in 2009 that left most of the farm to her. But when her parents, who are now aged in their 70s, changed their will and put the farm in trust to benefit all three sisters equally, she took them to court.

Mr and Mrs Davies also sought to evict their daughter from a cottage on the farm where she still lives.

Farmers Weekly understands that the couple will be back in court again on 18 March, possibly seeking leave to appeal the compensation award to their daughter.

Miss Davies is due her compensation immediately but her parents may seek leave to delay payment. If an application is granted, they would incur interest payments on the outstanding sum.

At the 18 March hearing, Wiljo Salen, partner at Hugh James solicitors in Cardiff, will apply for costs Miss Davies incurred during the Court of Appeal and High Court hearings to be reimbursed.

Together with Mr and Mrs Davies’ own court costs, this sum is thought to run into seven figures and would significantly diminish the value of the remaining estate.

The net value of the Davies’ estate is £3.8m and, although £1.3m – the sum Miss Davies was due to receive in the updated will – is approximately a third of this, no will was produced in court therefore it is not known if Miss Davies had remained a beneficiary.

Mr and Mrs Davies had resisted her claim, insisting that she should only be given enough money to buy a house but the court ruled that this would not truly reflect Miss Davies’ suffering nor the nature of her parents’ promise.

If Mr and Mrs Davies appeal the compensation award on 18 March and the judge turned this down, they would have 21 days leave to challenge it. If that in turn is declined, they could apply for an oral hearing.