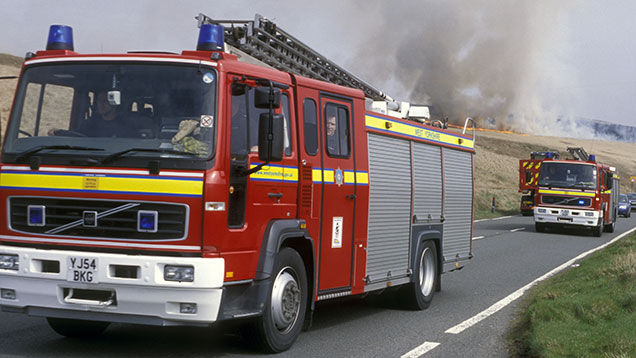 Firefighters are tackling a major fire in a barn containing 500 bales of hay at Plumpton College.

Clouds of billowing smoke could be seen for miles around the college, near Lewes, after the blaze broke out on Thursday morning (30 July).

East Sussex Fire and Rescue Service said the fire, which started at about 7.30am, could take two days to finally extinguish.

Five crews and 25 firefighters were battling the flames at the barn, located in Ditchling Road.

There were no reports of any injuries to humans or animals.

The Environment Agency has been called to the scene to check whether run-off from the scene is polluting watercourses.

An investigation into the cause of the fire will start as soon as the flames have been extinguished.