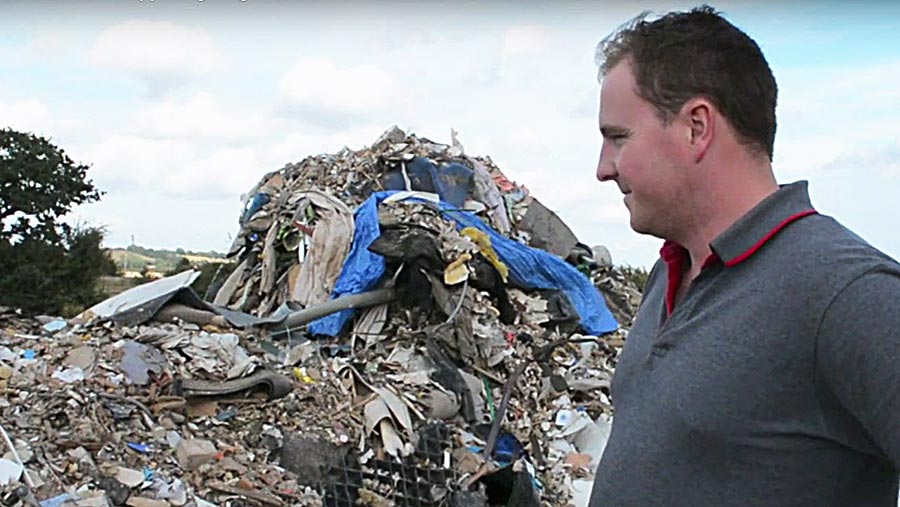 Farm leaders have welcomed new fixed penalties for fly-tipping, but insist more must be done to tackle the damaging blight on the countryside.

From 9 May, local authorities will be able to issue on-the-spot fines for fly-tipping of up to £400, as an alternative to prosecution, following the introduction of new government regulations on illegally dumped waste.

The penalty notices aim to reduce the burden of bringing cases of small amounts of fly-tipping to court and allow councils to take faster action against waste criminals.

The implementation of fixed-penalty notices for fly-tipping was contained in the government’s election manifesto, following a Defra consultation on waste crime.

The Country, Land and Business Association (CLA), which represents 33,000 landowners in England and Wales, said these figures excluded much of the waste dumped on farmland and other private land, where it poses risks to local wildlife, farm animals and the environment.

Landowners are liable for any waste that is fly-tipped on their land and can be prosecuted if they do not clear it away, often at huge cost to their business.

Robin Edwards, the Country Land and Business Association’s south-east regional director, said government figures revealed there were fewer than 2,000 prosecutions for fly-tipping in 2014-15.

Therefore, he insisted more effective action was urgently needed. He said: “We have regular reports from our members across the South East of multiple fly-tipping incidents, particularly when their land is located on the fringes of urban areas.

“The waste involved is not just the odd bin bag, but large household items – from unwanted sofas to broken washing machines and building materials.

“The problem seems to have worsened recently in some areas, possibly as a result of local authorities making changes to their household recycling operations.”

Mr Edwards believes fixed-penalty notices will not solve the problem, but they were a “positive step” in tackling an issue that costs rural businesses up to £150m in clean-up costs every year, or £800 on average to rural businesses per incident.

The NFU said it also supported the introduction of fixed penalties for fly-tippers.

Fly-tipping is a criminal offence subject to a penalty of up to £50,000 or a 12-month prison sentence, or both, on summary conviction.