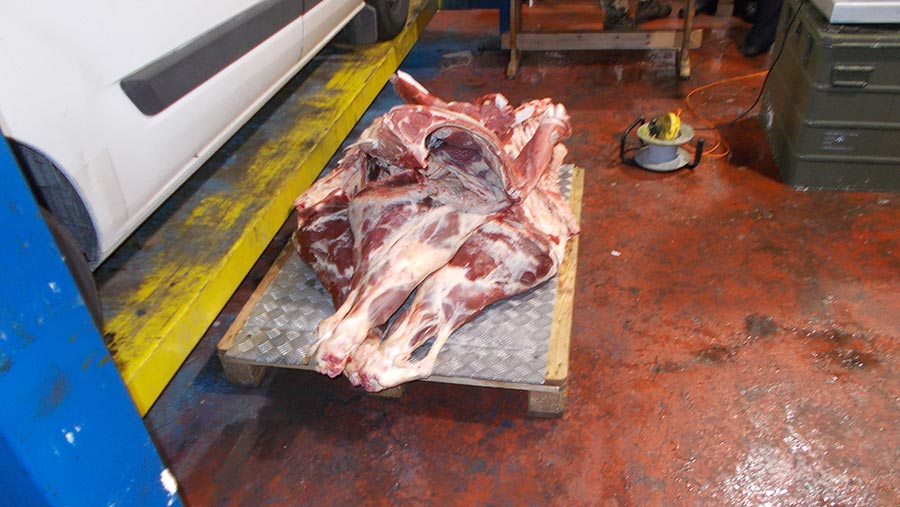 Environmental health officers have seized more than 5t of meat from two hand car washes that were doubling as illegal butchers and processing plants.

Officials from Wiltshire District Council swooped on the premises in Ludgershall on 27 November and found 2.4t of whole and part carcasses being cut and packed in “grossly unhygienic conditions”.

Products including beef, lamb and goat meat were destined for sale to the public at a network of sites across the UK.

See also: No deal plan in place for farming

The seizure follows an earlier raid in October when 2.7t of meat was confiscated from a vehicle workshop and car wash in nearby Devizes.

Both car wash businesses and meat cutting activities were being run by the same business operator.

Meat from the Devizes site was condemned by Swindon Magistrates Court, which granted a Hygiene Emergency Prohibition Order to prohibit the activity from continuing.

The business operator then moved the activity to the second car wash site at Ludgershall. 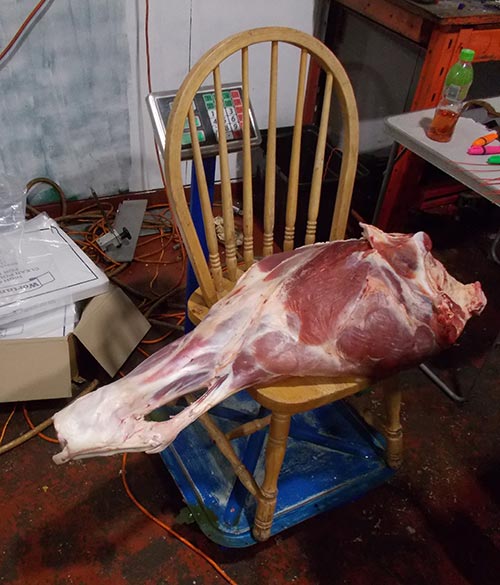 No attempt was made to maintain hygiene © Wiltshire District Council

No attempt was made to register that activity or seek the necessary approvals from the Food Standards Agency, despite a warning following the previous enforcement action.

A further prohibition is in force on the meat cutting activity at Ludgershall and the latest consignment of meat has been condemned and destroyed.

Councillor Simon Jacobs said: “The conditions at both these car wash sites have shocked our officers.

“Even the most basic requirements such as clean food rooms, a hot water supply, washing facilities, the control of pests and basic welfare facilities were missing.”

Cllr Jacobs added that the business had put customers at risk.

“The need for officers to have to act in this way twice is an extremely serious matter. We are working closely with the Food Standards Agency on further enforcement to safeguard the public.”

The council’s investigation is ongoing.