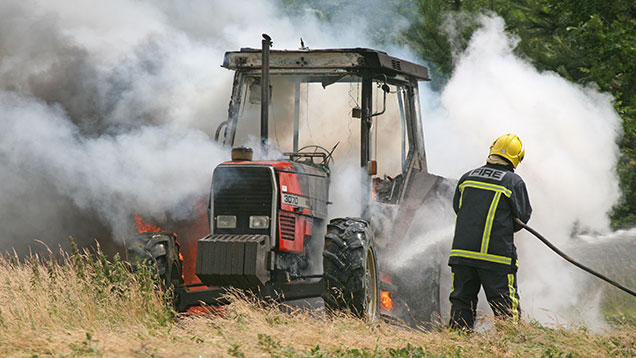 Farmers and landowners are being urged to heed new advice to avoid being targeted by arsonists this harvest season.

An investigation by Farmers Weekly found the cost of fires had surged to more than £50m/year in 2014, eclipsing the total cost of rural crime.

As harvest gets under way, the Country, Land and Business Association (CLA), Nottinghamshire Fire and Rescue Service and Nottinghamshire Police have issued new guidelines farmers in a bid to stop them falling victim to the costly  crime:

CLA eastern regional surveyor Claire Wright said: “The summer time and harvest are exceptionally busy times on farms in the county and across the region.

“Deliberate fire setting causes untold problems for farmers – and the people involved show no thought of the consequences.

“These fires also keep fire and police service personnel tied up for hours when they may be needed to attend an emergency elsewhere.”