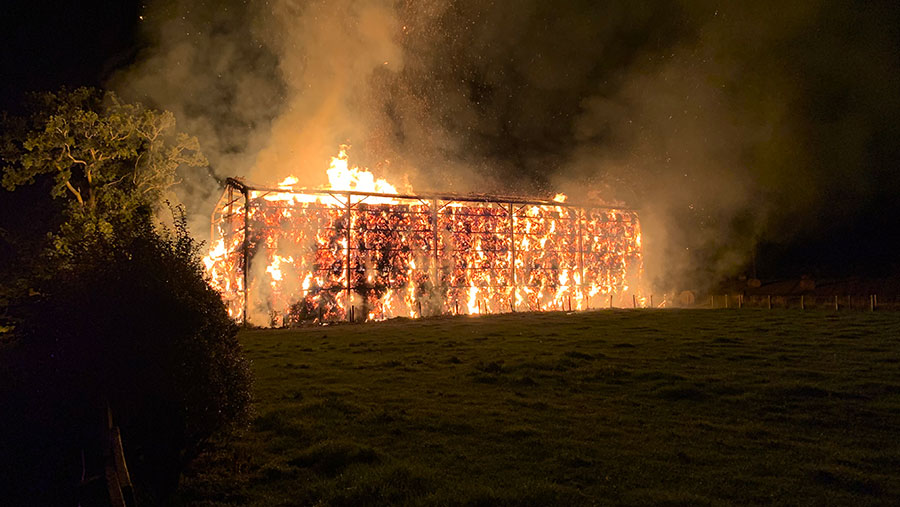 Arsonists have targeted the Scottish Borders farm of 2017 Farmers Weekly Farmer of the Year Robert Neill, destroying 900 bales of straw.

The fire broke out at Upper Nisbet Farm, in Jedburgh, Roxburghshire, at about 10:30pm on Wednesday (25 September).

Neighbours reporting hearing the sound of a car driving away from the scene about 10 minutes before the fire started.

The flames ripped through the barn, which was built in the 1970s, and all the spring barley straw inside the building went up in smoke.

Not a great way to spend the night. Everyone safe a hugh thank you to all six fire crews @scotfire_east pic.twitter.com/0hG3UaV8hO

The barn was well alight and contained an asbestos roof, which was pinging firecrackers into the sky. A specialist team will be needed to remove the asbestos-riddled remains of the building.

Six fire crews from Scotland Fire and Rescue Service were able to control the fire and prevent it spreading further. By Thursday morning (26 September), all that remained of the building was the steel frame.

“Somebody set fire to the barn. It was arson for sure,” Mr Neill told Farmers Weekly.

“We had only finished putting the straw into the shed on Tuesday. For natural combustion to take place, you would need eight to 12 days of storage. These were round bales of spring barley straw, with plenty of air in the shed.” 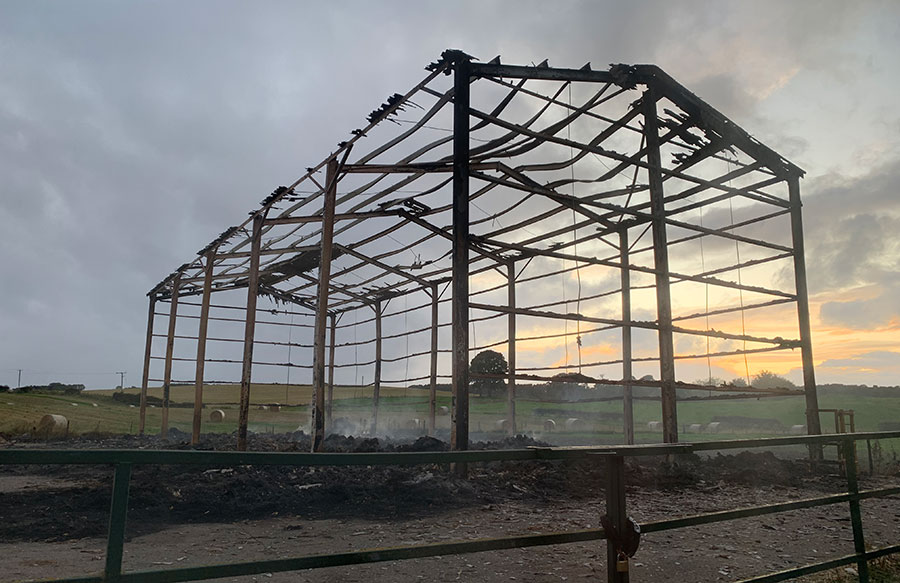 The barn is located near a main road and Mr Neill suspects that whoever is responsible, pulled up in a car and set fire to the straw before making a quick getaway.

“I’m fortunate that my predecessor, who is in his 90s, built the shed leaving a gap between the main farm buildings,” he added.

“There was no electricity in the building. But it has really brought home what could have happened.”

Mr Neill, who farms the 636ha beef and arable enterprise with his wife, Jac, vowed defiantly to carry on farming.

“Financially, it is insured. But our premium will probably go up. It is more the aggravation and the upset to the farming process,” he said.

Mr Neill thanked the fire service and his neighbours for their help.

The blaze in the storage building in Kenninghall Road, Bressingham, destroyed 2,000t of straw. The cause of the fire is under investigation.

Anyone with information on either of these incidents should call police on 101.