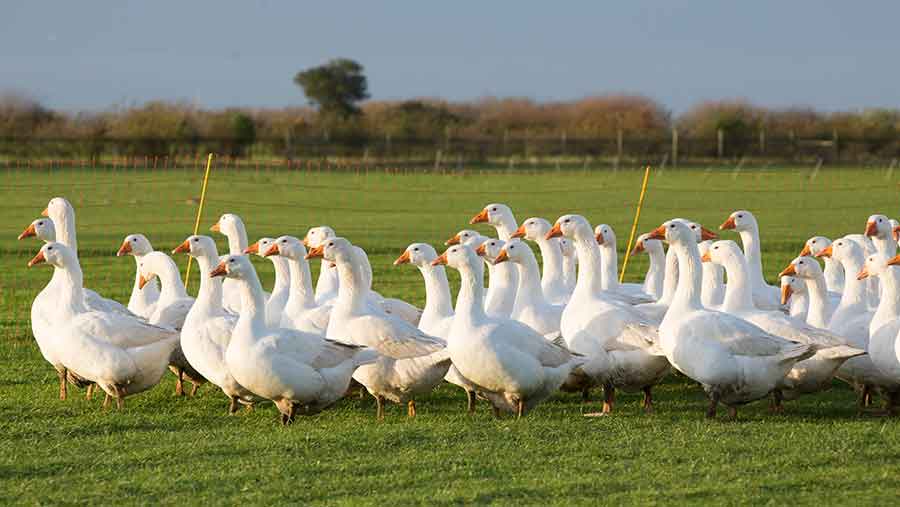 Rustlers have stolen a gaggle of Christmas geese worth up to £100,000 in an overnight raid on a farm.

Norfolk Police said 1,500 geese were removed from land in the Bawburgh area, near Norwich, between 3am and 8am on Sunday (27 November).

NFU county adviser John Newton described the theft as “audacious” and said the birds were “clearly stolen to order”.

He added: “They’re not the kind of numbers you could sell down your local pub.”

Anyone with information should contact PCSO Darrin Sore at Hethersett and Mulbarton Safer Neighbourhood Team on 101.