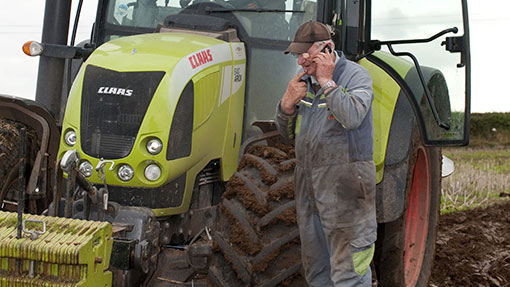 A sophisticated network of fraudsters is hijacking phone lines to trick farmers into handing over thousands of pounds.

Members of the farming community are being warned to “be on their guard once again” amid reports that scammers were “doing the rounds”.

How to avoid the telephone phishing scam

A conman claimed to be from the farmer’s bank and told him that his business account had been compromised and transactions that were not normal were being reported to them.

But the quick-thinking farmer took a second opinion from his brother who told him to put the phone down immediately.

A spokesman for NFU Scotland said Police Scotland had been contacted about the scam and officers had urged farmers to remain vigilant and report any attempted phone frauds to them.

“The callers were very well spoken and persistent,” said a union spokesman.

“During the call, the scammers were encouraging the farmers to transfer their balance of the account which they claimed had been compromised. Thankfully this was not done, and on this occasion the scammers weren’t successful.”