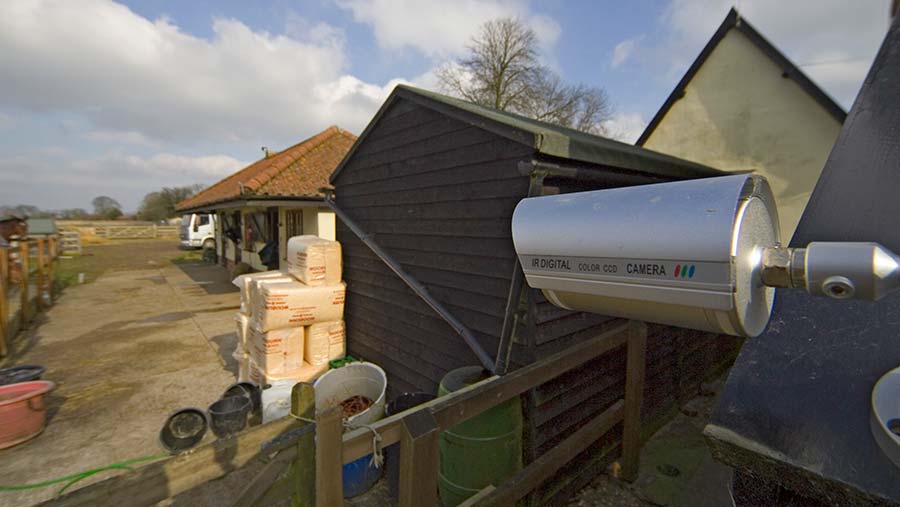 A “deeply worrying” rise in farm thefts has prompted warnings that criminals targeting the countryside are becoming more brazen.

Despite a 4% drop to £39.2m last year, the cost of rural theft rose sharply during the first half of 2017, according to the latest figures from insurer NFU Mutual.

Early theft claims statistics show an increase of more than 20% for the first half of this year – raising fears of a new rural crime wave.

Criminals are continuing to target Land Rovers, quad bikes, tractors, tools and livestock, despite increased security on farms, according to the report, published on Monday (14 August).

It warns that farmers are turning their farmyards into fortresses to protect themselves from increasingly bold attacks from rural thieves.

“While the fall in rural theft in 2016 is welcome news, the sharp rise in the first half of 2017 is deeply worrying,” said Tim Price, NFU Mutual rural affairs specialist.

“Countryside criminals are becoming more brazen and farmers are now having to continually increase security and adopt new ways of protecting their equipment.

“In some parts of the country, farmers are having to turn their farmyards into fortresses to protect themselves from repeated thieves who are targeting quads, tractors and power tools.

“They are using tracking devices on tractors, video and infrared surveillance in their farmyards and even DNA markers to protect sheep from rustlers.”

Mr Price said the threat of becoming a victim of rural crime – and regular reports of suspicious characters watching farms – were causing high levels of anxiety among farmers.

As the main insurer of the countryside, NFU Mutual had responded to its members’ concerns and invested more than £1m to tackle the menace, as well as working with police.

The cost of rural theft fell by more than 32% in Scotland last year where NFU Mutual and Police Scotland joined forces to form the Scottish Partnership Against Rural Crime.

“When police, farmers and other rural organisations tackle rural crime in an organised way, these schemes can be extremely effective,” said Mr Price.

In Northern Ireland, where a Rural Crime Partnership has brought together NFU Mutual with police and other organisations, the cost of rural theft was down by 14.9% in 2016.