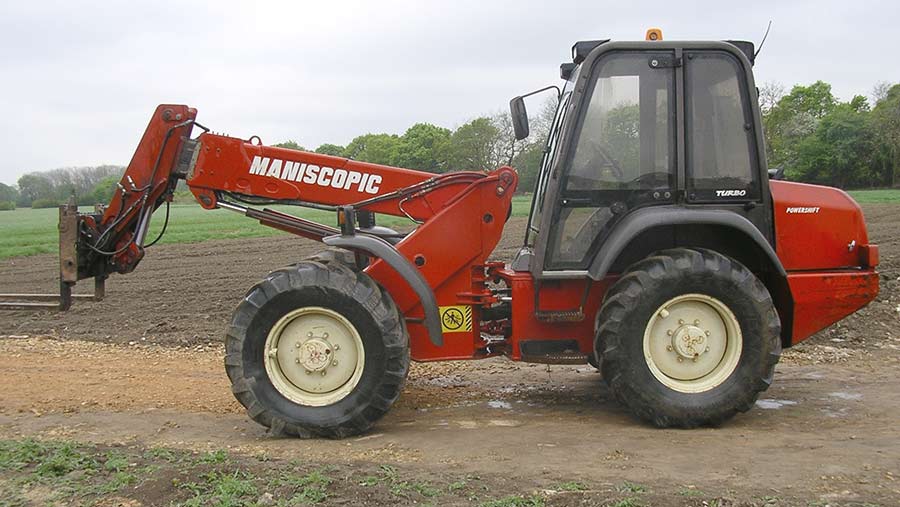 A telehandler similar to the one pictured was stolen from the farm.

A farmer chased thieves who had stolen his forklift truck before they crashed it through a hedge and fled.

The raiders stole a Manitou ISK forklift from a farm near Pulverbatch, in Shropshire.

They made off with the vehicle heading towards Ratlinghope, Shrewsbury.

But the farmer caught the thieves red-handed, called the police and gave chase.

During the pursuit, the bungling thieves crashed the stolen Manitou near to the Bridges Pub in Ratlinghope. The forklift slewed off the road and crashed into a hedge.

The thieves fled on foot and witnesses saw them make their escape in a white Vauxhall Insignia carrying the false registration L18XBC.

The vehicle made off in the direction of Bishops Castle from Ratlinghope.

Officers and dog units attended the scene to search for the suspects, but did not find them. The stolen Manitou was recovered.

Anyone with information or who may have seen the white Vauxhall Insignia in the area is asked to call police on 101, incident reference 632s031115.