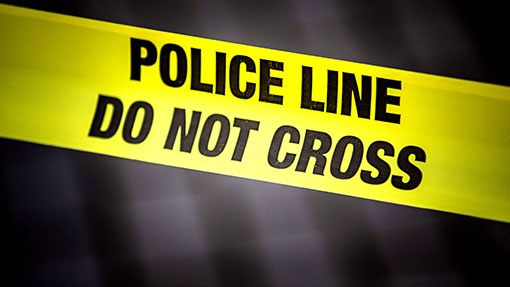 Hapless criminals had to abandon their attempt to steal a tractor off a farm after getting stuck in a muddy field during their getaway.

A Ford 5000 tractor, valued at £5,000, was taken from inside a shed on a property in Bush Green, Great Ellingham, Norfolk, before being driven across a field where the thieves hit difficulties.

The recent wet weather made travelling conditions tough with the tractor only managing to make it halfway across the field.

See also: Read the latest news on rural crime in your area.

Undeterred, the criminals went back to the farmyard where they took a forklift truck. They also stole chains and lorry straps from a neighbouring company.

But despite their best efforts, when they returned to the 30-year-old tractor, they only managed to tow it to the other side of the field before abandoning it.

The forklift was then driven across to another gateway where it was also abandoned and they made their escape empty handed.

A spokesman from Norfolk Constabulary said there did not seem to be any damage to the tractor.

“The only items that look as though they were damaged were the straps and the chains that were taken from a company adjacent to the farm,” he added.

“It may be the case that they felt they had been seen or it was just too much hard work so gave up.”

The incident took place sometime between Friday 24 January and 6am Monday 27 January.

Anyone with information is asked to contact PC Cherie Smith at Thetford Police Station on 101 or Crimestoppers anonymously on 0800 555 111.