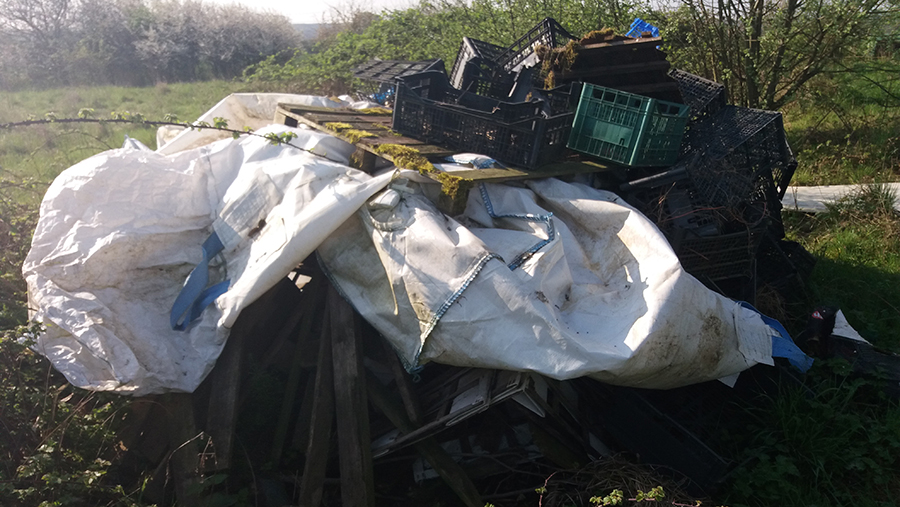 Christopher Holt attempted to conceal dead pigs from Trading Standards officers under this heap of wood, boxes and bags.

A Cambridgeshire farmer has been handed a suspended prison sentence for trying to hide dead pigs on his land.

He was found guilty of four offences under animal welfare regulations regarding the disposal of dead animals.

The court heard that Holt failed to dispose of dead animals without undue delay. Instead he attempted to conceal dead pigs from Trading Standards officers under a heap of wood, boxes and bags.

Holt was issued a legal notice but when officers returned they found nothing had been done. He did not follow any advice previously given to him.

In sentencing Judge Sean Enright concluded: “This is a very serious offence of which the spread of disease is the nub of it and it is so serious it is worthy of a custodial sentence.”

However, Holt was sentenced to eight weeks imprisonment for each offence, suspended for 18 months.

Cambridgeshire and Peterborough’s head of Trading Standards Peter Gell said: “We’re glad the court recognised the seriousness of these offences because there is a risk to the public and other animals through transmission of disease if carcasses are not disposed of properly.

“Keeping livestock comes with responsibilities and should not be taken lightly, it is vital that strict disease control measures are enforced and adhered to.”