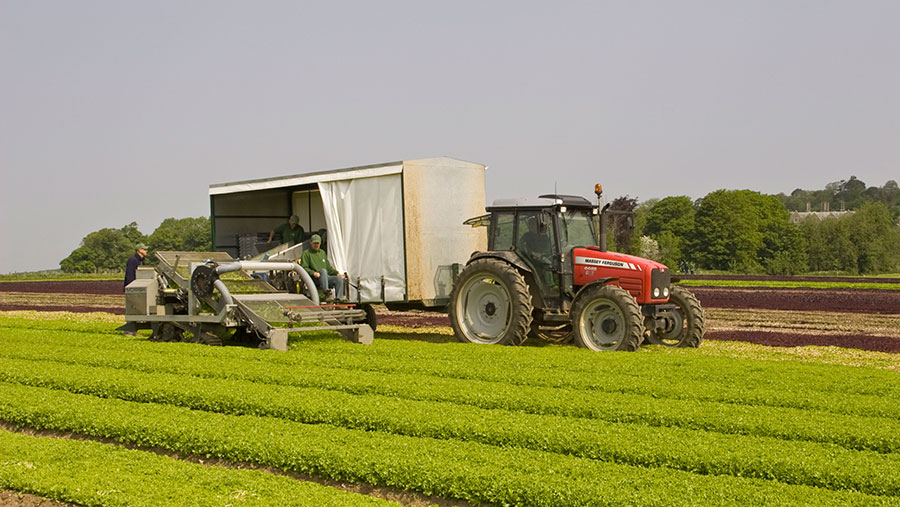 A Cornish gangmaster has been shut down for a “flagrant disregard” of the safety and welfare of her workers.

Neringa Butkeviciute, a 29-year-old businesswoman from Camborne, had been providing workers to harvest and process crops at a nearby vegetable producer as well as a seafood processing factory in the South West.

She operated her business, DNK Recruitment, out of the Bosparva Caravan Park in Leedstown, Hayle, where she provided workers for various roles.

See also: Analysis – Farming’s access to labour after the UK leaves the EU

But after a report was made to the Gangmasters and Labour Abuse Authority (GLAA), an inspection found DNK skimmed workers’ pay, sent workers on double shifts without proper breaks and provided dirty and unsafe caravans to live in.

An examination of timesheets demonstrated that workers were not receiving statutory 11-hour rest breaks between shifts and in some cases were also not getting two days off per fortnight as required under the Working Time Regulations 1998.

In one example found, a worker supplied labour every day between 2-19 July last year – 18 consecutive days in total. On 13-14 July, the same worker had a break of only 2hrs 59mins between shifts.

Some DNK employees revealed at interview that they had not been given contracts and were not paid for attending training or induction sessions.

The company was also effectively withholding holiday pay by calculating it incorrectly in their favour based on hourly rates instead of the much higher “piece rates” workers were entitled to.

DNK has not appealed the revocation decision and is understood to have ceased trading and vacated the caravan park in Hayle. The workers have found alternative employment.

The GLAA’s head of licensing, Charlotte Woodliff,e said: “Our licensing scheme exists to protect vulnerable workers. In cases like this, where the bottom line appears to be the only thing that matters at the cost of the health and safety of its employees, we have no hesitation in taking away a gangmaster’s licence.”