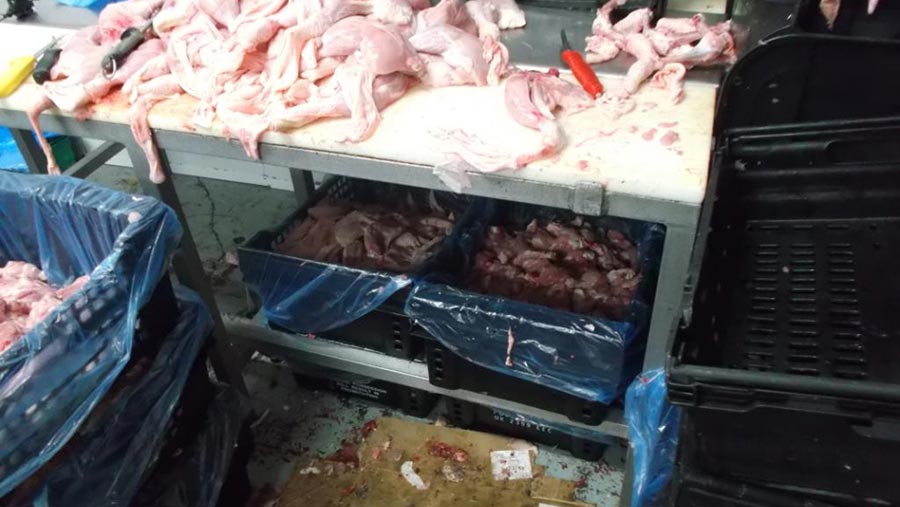 A Halifax man has been handed a suspended sentence, and ordered to pay costs of £10,000, for setting up an illegal meat-cutting operation in Bradford, West Yorkshire.

Majid Zaman, 34, was also banned indefinitely from having involvement in any kind of food business.

He was found guilty of a dozen food safety and hygiene offences, following a five-day trial last year. Sentencing took place early in 2016.

The court heard that the operation, which was set up by Mr Zaman in the summer of 2013, had been inspected by officials a few weeks later.

The site, located at Unit 2, the Iron Works, Bowling Back Lane, had no hot running water and kept no records about where meat had been sent.

Recorder George Cook said the lack of records meant it was not known where the meat had gone and that was a serious feature of the case.

Mr Zaman, who had no previous convictions, was ordered to do 250 hours unpaid work for the community and to pay £10,000 towards the costs of the investigation and prosecution, which totalled nearly £40,000.

He was also sentenced to nine months jail, suspended for a year.

The judge told Zaman he had committed the offences for financial gain and had shown a total disregard for the food hygiene laws.

“You became involved, in my judgement, through greed in the meat-cutting business.”