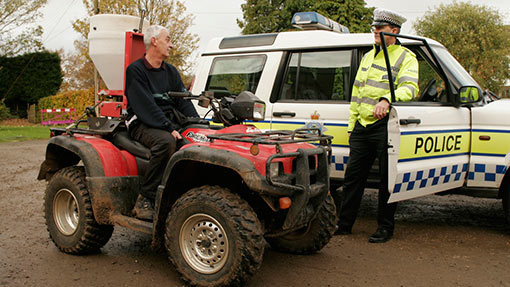 A social media campaign is being launched by Crimestoppers to fight rural crime.

The “Scene it. Herd it. Speak up about it. Anonymously” message will be spread across social media using Facebook, Twitter and alert systems.

It will direct the public to a webpage that discusses rural crime, including poaching, hare-coursing, theft of oil, metal and machinery.

Crimestoppers is also hosting a blog to give regular updates about the campaign.

The NFU, NFU Mutual, CLA, English Heritage, Sainsbury’s, police forces and the Neighbourhood and Home Watch Network are among the organisations supporting the campaign.

Simon Prince, chief constable of Dyfed Powys Police and national policing lead for Rural and Wildlife Crime, said: “Crime affecting rural communities should never be underestimated; it can have a devastating impact on people and businesses.

“By appealing for more eyes and ears across the countryside, telling the public what signs to look for and urging them to contact the Crimestoppers anonymous service, we can tackle these criminal gangs head on.”