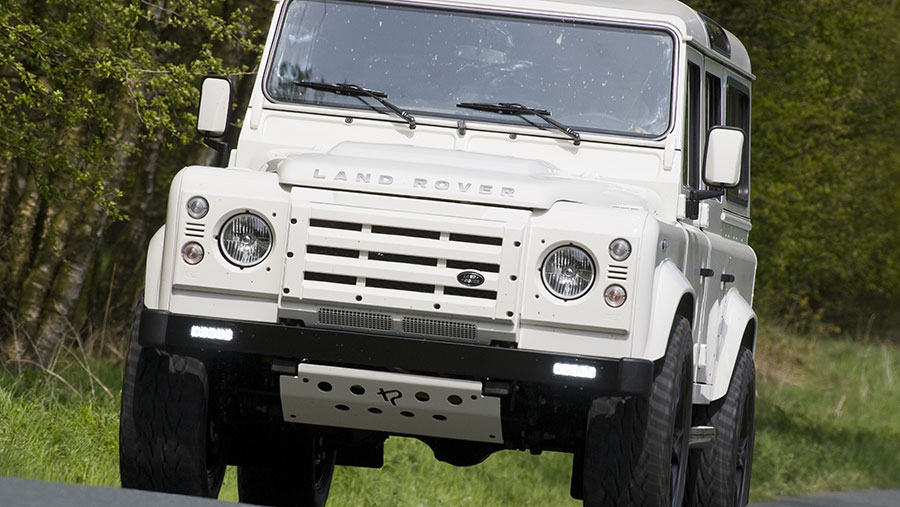 Latest figures from the insurance company reveal claims for costs resulting from stolen Defender vehicles have risen 14% since the last car rolled off the production line in early 2016.

Farmers are finding the iconic vehicles stripped of parts such as bonnets and doors, or stolen altogether as global demand increases, it said.

Thefts of executive cars and luxury 4x4s have also spiked with the insurer reporting a significant rise in the cost of Range Rover theft in the past year.

NFU Mutual, which works with the National Vehicle Intelligence Service (NaVCIS), has traced stolen Range Rovers worth more than £75,000 each as far afield as Africa and the Far East.

One of the most recent vehicles to be repatriated by NFU Mutual was a Range Rover Sport insured by the company and worth more than £60,000.

It was seized in Antwerp following an operation co-ordinated by NFU Mutual and NaVCIS.

Another recovery, of two Range Rovers covered with mattresses and worth more than £100,000, was made from a shipping container in Felixstowe.

“While insurance can cover the cost of theft, it does not account for the inconvenience and business interruption experienced,” he said.

“People in rural areas are feeling increasingly vulnerable and farms, which rely on 4x4s for mobility as part their business, are left particularly hard hit.”

NFU data suggests the region with the highest cost of Land Rover Defender thefts last year was the Midlands, followed by the North East and South East.

This could range from using aftermarket mechanical immobilisers such as a steering wheel locks to trackers and Faraday box solutions, which block out signals.