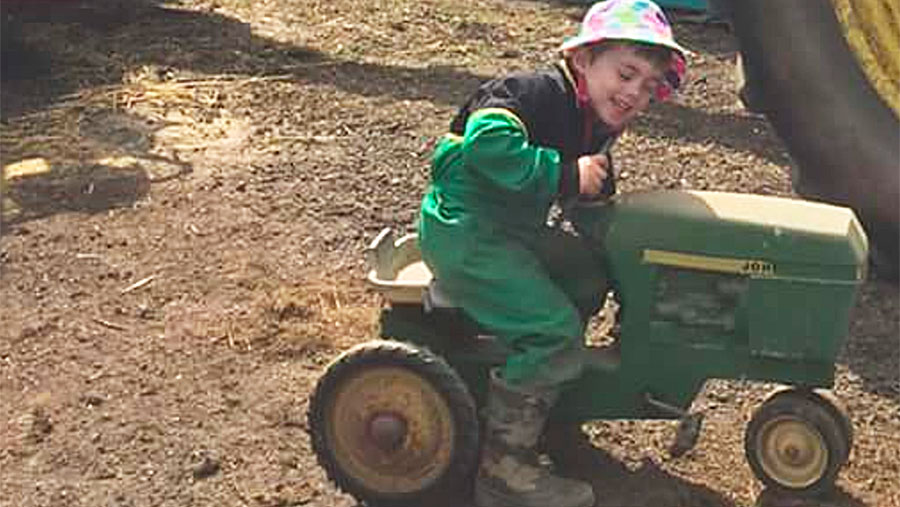 A Northamptonshire farmer has made a heartfelt plea after the theft of a John Deere pedal tractor.

Peter Hill was devastated after his cherished green Deere tractor was stolen in a raid on his farm workshop near the villages of Stanwick and Chelveston.

Mr Hill said a number of valuable items were taken after thieves broke into the workshop in the early hours of Wednesday 6 September.

“I can deal with that, but what I’m not coming to terms with is the taking of our cherished John Deere pedal tractor,” the farmer explained, in a post on Facebook.

Mr Hill said the tractor was of sentimental value because it was bought for him by his parents as a Christmas present in 1978.

“My early memories are of my mother pushing me on this tractor before I could charge in peddling it,” he added.

“Sadly, I lost my mother when I was in my teens, so this is why the little green tractor is of great importance and of sentimental value.”

Mr Hill had hoped his young son Austin would be able to use the tractor to take his first steps in farming. He said he cannot bear to tell him it has been stolen.

“It saddens me to think that it is now Austin’s turn for the big push, the help before the peddling, the next generation. His last attempt was just a few days ago,”

“I haven’t even told Austin yet about what has happened because he is going to ask ‘why?’.”

The tractor is green and made of aluminium.

Mr Hill said he owed it to his family – both past and present – to try everything he can to get it back.