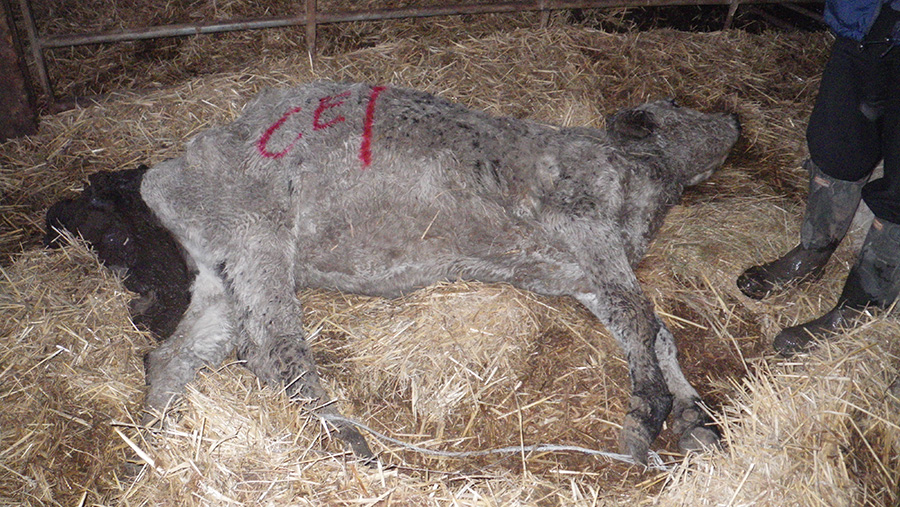 Trading Standards officials are appealing for information after a number of dead calves were dumped in North Lincolnshire.

In one incident, two dead calves were found in a ditch in the Wroot area, about 12 miles east of Doncaster.

Both ear tags had been removed from each animal, making it difficult to trace either the owner or the person who dumped them there.

In a separate incident, local farmer Malc Parr came across three dead calves dumped at the top of the driveway to Manor Farm, near the top of Wharton Hill, Blyton, Gainsborough.

The eartags had been ripped out, said Mr Parr, who tweeted a photo of the grim find.

Officers from Lincolnshire and Humberside police said the forces were committed to combating wildlife and rural crime.

But they said the issue was a matter for Trading Standards and the Animal and Plant Health Agency, who were investigating.

A spokeswoman for North Lincolnshire Council said: “None of the calves have tags in so we don’t know where they have come from.” Anyone with any information should call Trading Standards on 01724 297 664, she added.

The law states that farmers are responsible for the safe and legal collection disposal of their own fallen stock.

Farmers can make their own arrangements for fallen stock to be disposed of at an approved premises, or they can use the National Fallen Stock Company (NFSCo).

If livestock dies on a farm, it must be collected, identified and transported from the farm as soon as is reasonably practicable. It is illegal to burn or bury fallen stock on the farm.

It is also illegal to feed fallen stock to red kites or necrophagous birds that feed on carcasses.

Farmers should arrange for the dead animal to collected by an approved transporter and taken for disposal to a knacker or other approved destination.

This also applies to stillborn animals and afterbirth. Birds and animals must be kept away from carcasses awaiting collection.