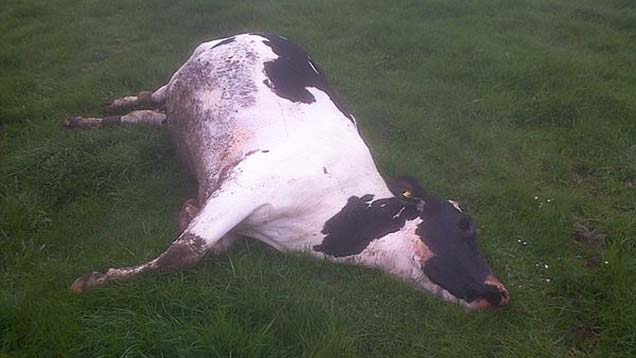 A dog attack has resulted in the deaths of eight cattle in north Wales.

Police are appealing for witnesses and information after several cows were attacked in a field in Tŷ Croes, Anglesey.

Two German Shepherd dogs attacked the cattle at about 2.30pm on Monday 6 April. As a result of the attack, eight cattle were put down due to the nature of their injuries.

A white transit van was seen nearby during the attack and the vehicle was parked by Tan yr Eglwys Church.

Sergeant Rob Taylor from the North Wales Police Rural Crime Team said: “This is a horrendous case which we believe two German Shepherd dogs were responsible.

“The cruelty of the attack is awful and the farmer is at a massive financial loss. Someone must know who is responsible and I am urging anybody with information to come forward.”

“Despite recent court cases involving attacks on farm animals whereby huge fines have been given, people continue to ignore our messages regarding keeping control of their dogs near livestock.

“It is imperative that dog owners make sure their pets are under control. If they chase or attack livestock, the results can be devastating for the farmer as we have seen in this case.”

Anybody with information that could assist the investigation is asked to contact North Wales Police’ Rural Crime Team on 101 quoting reference number S053114.