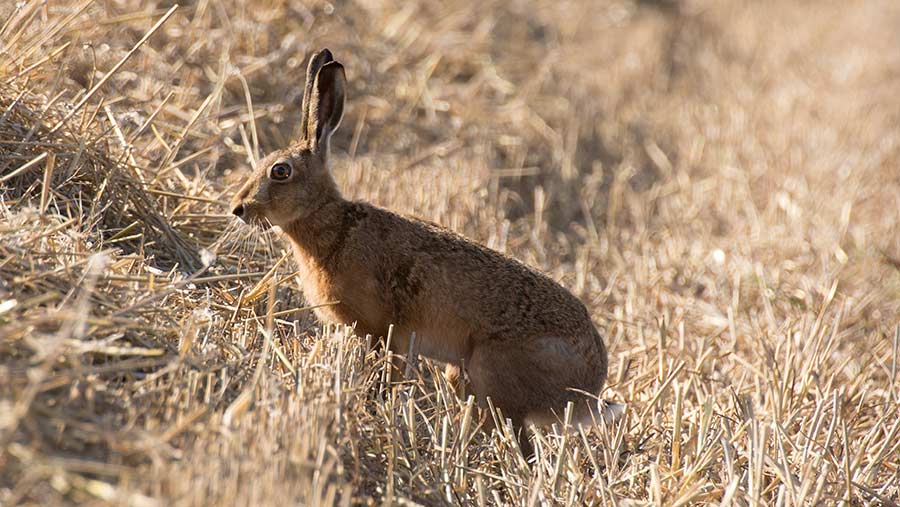 Farmers and landowners are being urged to keep their eyes peeled for illegal hare coursers and to report all incidents to police.

The hare coursing “season” traditionally begins in September across arable heartlands in counties including Lincolnshire, Cambridgeshire and Leicestershire

Levels of hare coursing increase after harvest when fields are cleared and coursers take advantage of wide areas, letting their dogs on hares and often betting thousands of pounds on the outcome of the chase.

The NFU is warning that this year’s early harvest, following weeks of dry, hot weather, could see an early spike in hare coursing incidents on farms.

NFU deputy president Guy Smith said: “The potential is there for hare coursers to go about their bad ways even earlier this year.

“We would always urge farmers to build communication with the police and report hare coursing incidents on 101 or 999 in an emergency.”

Anyone who has information on rural crime, but would prefer to report it anonymously, should call the Rural Crime Reporting Line on 0800 783 0137 or visit the dedicated website.

Mr Smith gave a presentation on the challenges that hare coursing causes to farmers, explaining that it is often linked to other organised crime, including fly-tipping and theft.

He said it was sad to hear reports emerging of some farmers shooting hares on their farms to deter hare coursers.

“I think it’s wrong that farmers who go through positive conservation to look after the hare undo all the good work to avoid becoming a magnet for organised crime,” he added.

“I’m proud of my conservation work and I would not let anyone stop me from doing this on my farm.”