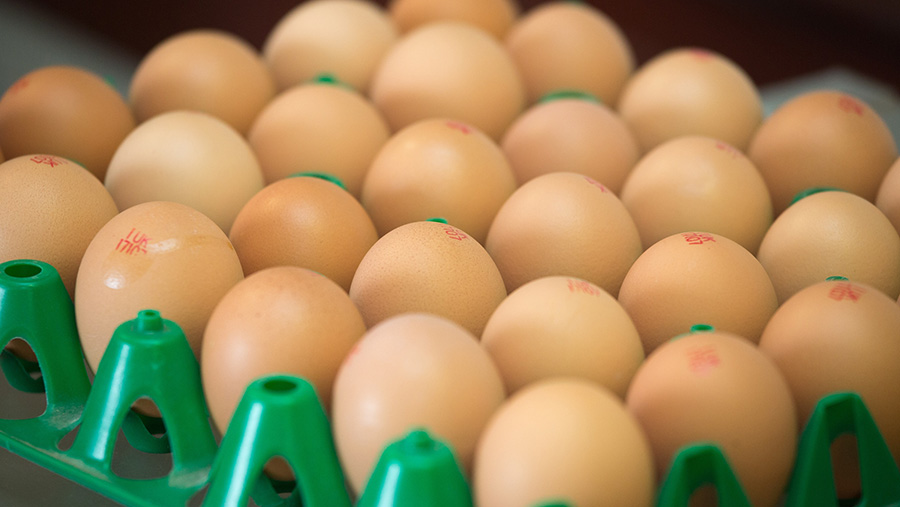 A London egg packer and wholesaler has been fined £2,500 for extending best before dates on eggs and breaching compliance notices issued by officers from the Egg Marketing Inspectorate (EMI).

Ziya Gorur was found guilty on four charges relating to the offences after a three-and-a-half-hour trial on 21 January.

Batches of eggs were found to have been individually marked on the shell with a date of 25 April, despite the eggs having been repacked with a label showing a best before date of either 8 or 10 May.

“This case should serve as a warning and reminder that [the Animal and Plant Health Agency (APHA)] enforces egg marketing legislation robustly and that deliberate transgressions result in tough sanctions for those not willing to comply”
Tim Platt, APHA

About the same time, the EMI, part of the Animal and Plant Health Agency (APHA), issued two compliance notices to Mr Gorur regarding two batches of eggs that had been downgraded for failing to meet Class A quality standards.

Despite clear instructions, both verbally and in writing, Mr Gorur chose not to meet these requirements, the EMI said.

Tim Platt, who led the inspection, said: “Consumers rely on honest egg marketing to ensure that the eggs they buy are fresh and safe to eat.

“This case should serve as a warning and reminder that APHA enforces egg marketing legislation robustly and that deliberate transgressions result in tough sanctions for those not willing to comply.”

A spokesman for the British Egg Industry Council said: “Egg marketing fraud is unacceptable and can pose a real threat to public health.

“The British Egg Industry Council fully supports the work of the Animal and Plant Health Agency’s egg marketing inspectors in helping to bring the perpetrators to justice.

“We would urge caterers and retailers who are concerned about the eggs they buy to look for the Lion mark on egg shells and packs.

“The British Lion mark ensures that producers follow a stringent Code of Practice and that the eggs are produced to the highest standards of food safety.”