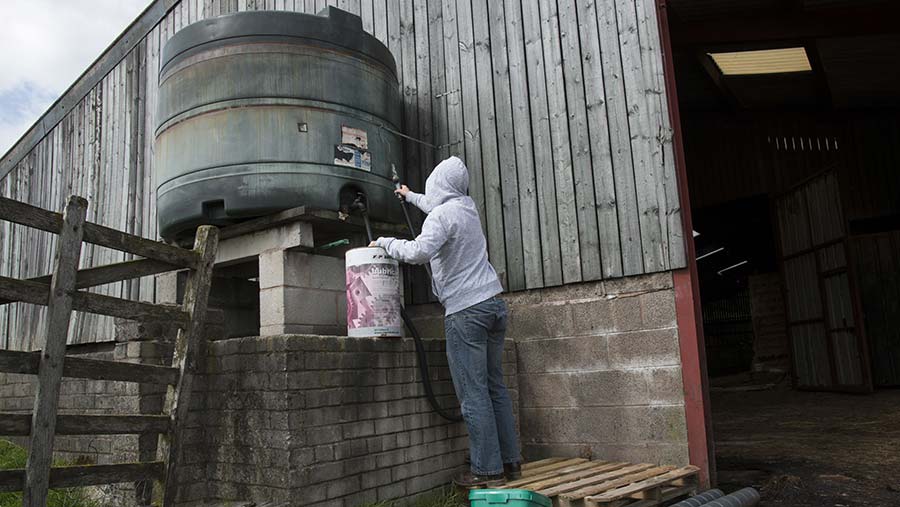 Police are warning farmers and landowners to guard against fuel thieves, especially now the evenings are getting darker.

British Summer Time will end at 2am on Sunday 25 October and the longer nights provide thieves with more opportunities to strike at farms and outbuildings under the cover of darkness.

Heating oil and red diesel are the third most common items stolen from farms, according to rural insurer NFU Mutual.

In recent weeks, thieves have raided farms in Northumbria and the Thames Valley to steal fuel.

On 5 October, thieves stole red diesel from a farm in Tranwell, near Morpeth, Northumbria, after siphoning the fuel from a horsebox.

The latest theft followed a spate of fuel thefts affecting farms in the Morpeth area over the summer.

10 tips to limit the risk of farm fuel theft

Sergeant Becky Fishwick, from the force’s Banbury and Bicester rural neighbourhood team, said: “The theft of heating oil is an attractive proposition for thieves who actively target fuel tanks at farms and rural domestic properties.

“We would urge farmers to put locks on their heating oil tanks and, where possible, keep any access gates locked and secure to deter offenders.

“Remember to check the oil level in your tank regularly. Look for spilt fuel, marks on locks or anything else suspicious and report this through the 101 number.”

The worst-affected region was the east of England, which accounted for 29% of all claims.

Nicki Whittaker, a rural affairs specialist at the insurance company, said: “While theft of heating oil is a new phenomenon, NFU Mutual’s farming customers have had to deal with theft from farmyard diesel tanks for a number of years.

“As a result many farmers have already re-sited diesel tanks and beefed up measures such as floodlighting and alarms in their farmyards.

“Dealing with farm diesel theft claims over a number of years has revealed that simply fitting padlocks to tanks does not always deter thieves.

“Sometimes thieves will smash locks, damaging the tank in the process, or simply drill a hole in it to steal oil.

“Not only does this mean the tank has to be repaired or replaced – but it also means there is a risk of oil spills and subsequent pollution.”

The Country, Land and Business Association (CLA) urged farmers, landowners and rural businesses to review their security arrangements ahead of the clocks going back by one hour on 25 October.

“Rural areas present a very attractive target for thieves in the winter months, and they will be looking to target machinery, vehicles, fuel and even livestock.

“Small adjustments such as installing security lights and ensuring valuable equipment, vehicles and machinery are stored in secure buildings can seriously cut the chances of being a victim of crime.”