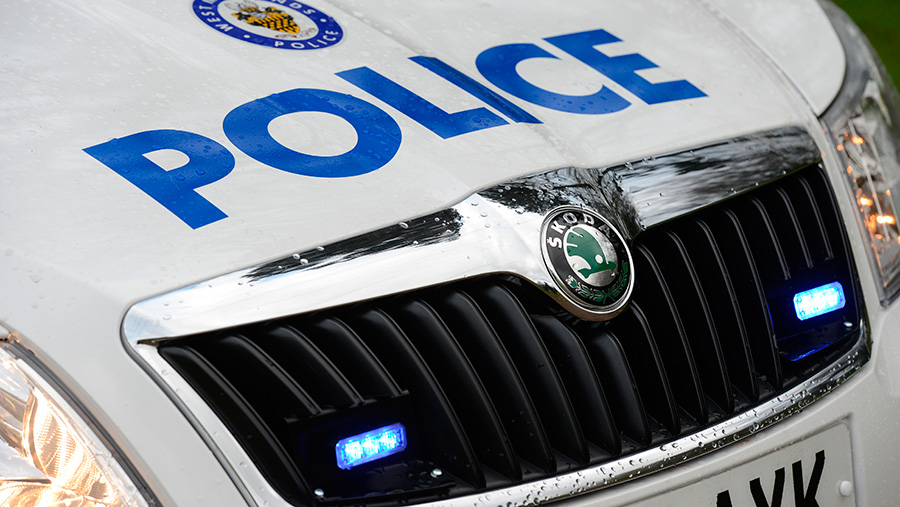 Police in Somerset have recovered several items of agricultural equipment after a raid on a property near Ilchester.

Officers executed a search warrant at the property on Monday (12 Dec), as part of its commitment to targeting rural crime in the region.

Police searched the property, supported by dog handlers, and recovered several items of agricultural machinery suspected to be stolen.

These include a log splitter, livestock trailer and a diesel bowser.

Other suspected stolen items were also recovered including power tools, alcohol and items of food.

Officers also found a large tub of white powder, divided in to wraps, which is suspected to be amphetamine.

A 44-year-old man was arrested at the property on suspicion of burglary and handling stolen goods. He has since been released on bail.

Superintendent Mike Prior, who leads on rural crime for the force, said: “We are committed to tackling and disrupting criminality that targets and impacts on our rural communities and businesses.

“Theft and burglary, particularly of machinery and livestock, has an enormous impact on the livelihoods of our farmers. We are listening and we are taking action.”

The Rural Crime Team were now working to identify the rightful owners of the property, he said.

But he also urged people living in rural areas to take steps to minimise the risk of falling victims to thieves.

“Don’t leave keys in farm vehicles, we know it’s challenging when multiple people need to use them, but a combination key box could be a solution,” he said.

“Make sure that equipment, trailers and tools are locked away wherever possible.”