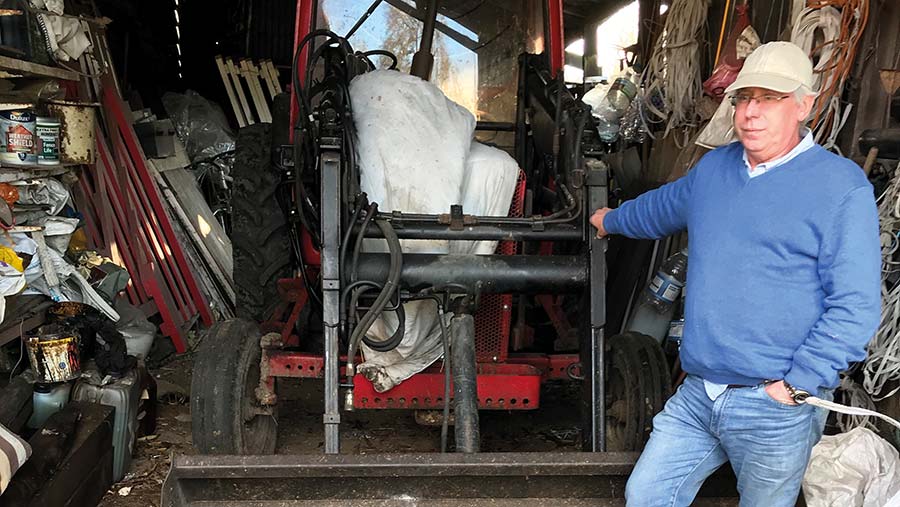 An arable farmer who lost £8,500 in a sophisticated internet sales scam is warning others against paying for a tractor without “physically seeing and touching it”.

Seb Blake, who farms in Chelmsford, Essex, fell victim to the scam last week when he made a bank transfer into what he believed to be a PayPal “payment after delivery” (PAD) holding account for a 2002 Case CS94 tractor advertised on eBay.

He has since reported the advert to eBay as fraudulent on seven occasions, but the site has not removed it – so more farmers could potentially lose money to the fraud, which is why Mr Blake has decided to speak out.

“Don’t buy a tractor off eBay, don’t part with a penny or you will lose your money,” he warned.

Mr Blake had been hunting for a tractor to replace his 1985 Case, but could not afford £20,000 for a good second-hand tractor, so he looked at other options.

He spotted an eBay advert for a tractor and loader listed by a seller purporting to be a lettuce grower called David Cowell from a farm in Hook, Hampshire – he has since discovered that the farm exists but the seller details are fake.

“I emailed the seller and he made all the right noises. He even sent me a copy of the V5 and when I ran an MOT check on it the name of a farm in Hook came up,” Mr Blake explained.

“We asked to view the tractor but he said he was away for a week. Perhaps the alarm bells should have started ringing at that point but I was reassured when he said we could trial the tractor for a week before paying for it by using the PAD system.”

Mr Blake received invoices which appeared to be from eBay and PayPal, as well as a link to make the holding payment; it was so convincing that the scammer even had a LiveChat function. 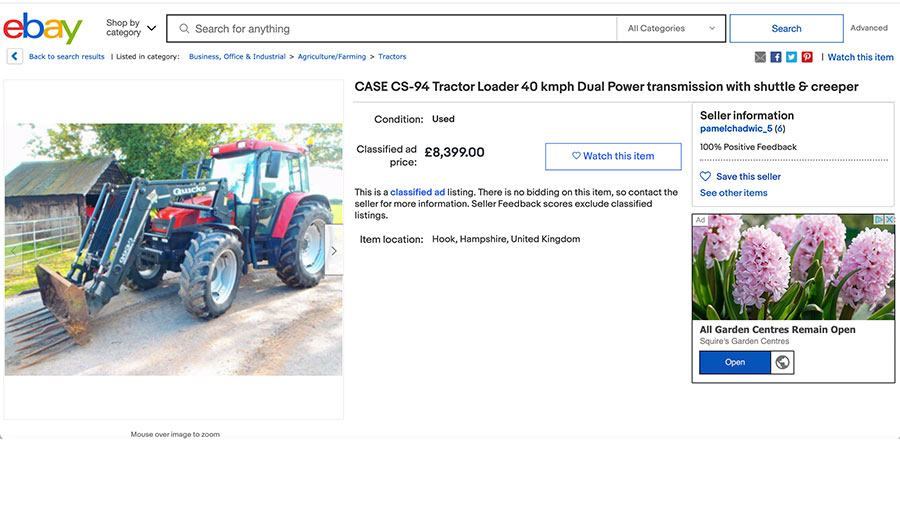 Until that point, the “seller” had responded to Mr Blake’s emails within five minutes, but after payment was made communication ended.

His then read an article on the FWi website about a beef farmer who had been caught out in a similar scam. At that point he knew he had been conned as that farmer had received the same invoices.

“As soon as I read that article, I knew I’d been done. I was gutted. We have lost the money we had been saving for years,” said Mr Blake.

He has thanked staff at the Chelmsford branch of Halifax for their “brilliant support” but is concerned he won’t get any of his money back.

The account, he discovered, is on the Halifax international fraud team’s watch list as it is linked to other scams.

Details Mr Blake has received from the Land Registry show that the address on the fake v5 document is genuine.

Farmers Weekly has contacted eBay to request a comment.

Tips to avoid getting scammed with online machinery sales

Farmers should exercise great caution when buying used machinery, as a “cost-effective solution” can turn out to be a very costly mistake, warns rural insurer NFU Mutual.

Trade in agricultural vehicles and equipment has become big business for organised criminal gangs who are selling it online under seemingly bona fide accounts.

“In some cases, what’s being sold doesn’t even exist and thieves are using the identity of legitimate vehicles to sell online,” said Rebecca Davidson, the insurer’s rural affairs specialist.