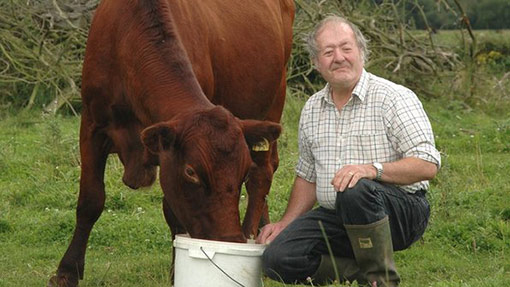 A Suffolk farmer who left cattle carcasses to decompose on his land has been fined £33,000 and handed a suspended jail sentence.

Eric Moss, 72, of Botany Farm, near Saxmundham was charged along with his company, ARP Farms Ltd, after an inspection carried out last year by Suffolk Trading Standards and the government animal health officials.

Trading Standards said the carcasses had not been stored or disposed of in line with legislation aimed at preventing the spread of diseases.

The charges included failing to keep correct identification for animals, such as ear-tags, and failing to notify the authorities about the death of animals or record a death in an animal passport.

Sentencing was carried out at Ipswich Crown Court on Thursday 30 October where Mr Moss was fined £11,200 and ordered to pay £7,000 towards the cost of the prosecution.

He also received a four-week prison sentence suspended for 12 months. His company, ARP Farms Ltd, was fined a total of £21,600 and told it must pay £7,000 towards the cost of the prosecution brought by Suffolk County Council’s trading standards department.

It is the second time Mr Moss has been in court within the past two years. Last year he was fined for unlawfully slaughtering cattle and illegal selling of meat.

Suffolk county councillor Colin Spence, cabinet member for public protection, said: “When a farmer has received repeated advice and warnings but has chosen to ignore animal health legislation that could potentially put animals and humans at risk to disease, Trading Standards has no option but to take robust action against them.

“The court has sent out a clear message that anyone who continues bad practices such as those carried out by Mr Moss and ARP will be dealt with severely.”

“This collectively provides the public with reassurance that effective animal disease control measures are in place.”