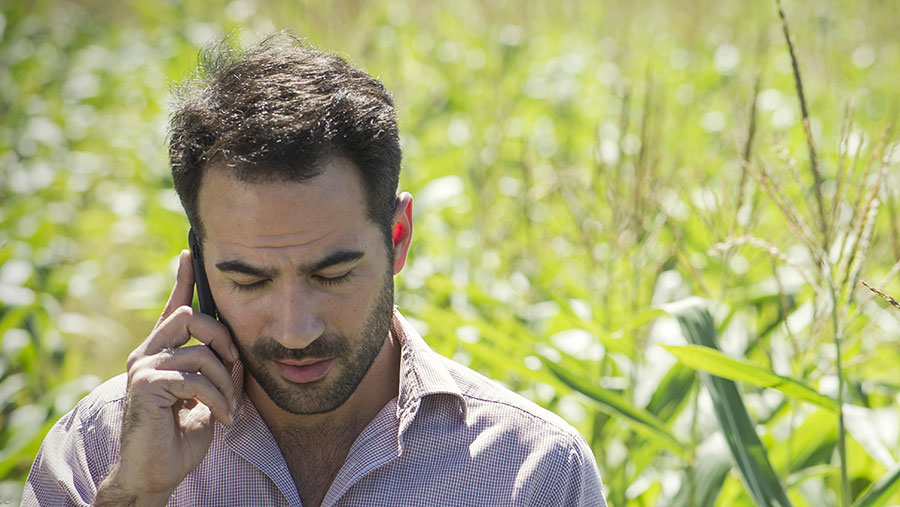 A farmer in north-west England has been targeted by “convincing and professional” fraudsters pretending to be his bank after receiving this year’s Basic Payment Scheme (BPS) payment.

The farmer, who did not wish to be named, lives in the Clitheroe area of Lancashire, and reported the incident to the NFU so the union could warn others.

He said the caller had a Scottish accent and claimed to represent RBS. Though the NFU member banks with NatWest, he thought they were part of the same group.

“He told me an amount had been paid out of my account to a person I had never heard of,” the farmer said.

“He then advised I transfer the whole balance into what he described as a higher-security account, and gave me some account details.”

At this point, the farmer said he wanted to verify everything with his own bank manager. The caller said he would do that on the customer’s behalf and asked for the bank manager’s name and telephone number.

“A while later I received a phone call from my bank manager’s number, but the female voice on the other end of the phone sounded nothing like my bank manager,” he explained.

When he called his bank from a friend’s mobile and spoke to the real bank manager, it was confirmed to be a hoax.

“It’s extremely worrying the lengths these people will go to. They were very convincing and professional,” he said.

The farmer noted that although the caller should have stated he was from the fraud department, he did not do so.

Scammers approach farmers at this time more than any other period in the year, as December is when a range of EU subsidies are paid.

They have been known to make calls or send texts or emails posing as banks and other authorities, such as the police, and request money to be moved or personal details and passwords to be shared.

Richard Wordsworth, NFU senior BPS adviser, said: “This is a real concern, another illustration of how the industry is being targeted by often organised criminals.

“These sums of money to our member’s businesses are vital, not least this year with the extreme weather patterns experienced. We would urge all recipients to stay vigilant and followed the published guidance.”

If you suspect an attempted fraud or feel you have been the subject of fraud, you can contact: