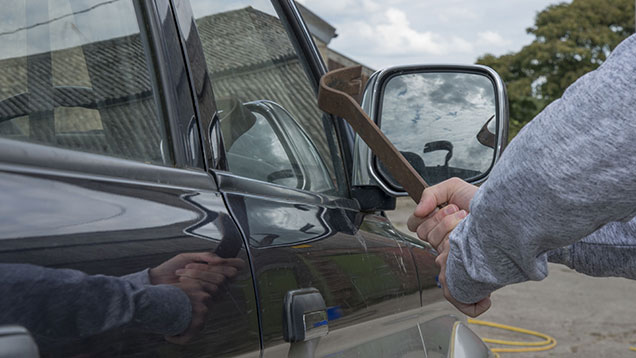 Farmers are the most frequent victims of crime in the countryside, says a survey – with each incident costing the average business £4,000.

The true cost of crime in rural areas could exceed £800m – more than 21 times higher than previous estimates, according to the study by the National Rural Crime Network.

The survey attracted responses from 17,000 people living and working in rural areas throughout England and Wales.

Farmers and hard-pressed young families are the most frequent victims of crime, with each incident costing more than £2,500 for a household and more than £4,000 for a business.

The survey also uncovered a vicious circle of low expectations, leading to chronic under-reporting of crime, as well as anger, frustration and worry among rural residents.

The result is increasing fear of crime and significantly lower satisfaction levels in the police than the national average, said the rural crime network.

NRCN Julia Mulligan, who is also police and crime commissioner for North Yorkshire, said the study had come at a critical time for rural policing.

“The structure and funding for policing are being fundamentally reassessed.

“Some of the findings in this report make uncomfortable reading but it is vitally important for the reality of rural crime to be fully acknowledged and acted upon.”

The cost of rural crime was huge, said Ms Mulligan.

“Its actual scale is clearly much greater than we had previously known – £800m is a big number.

“The low satisfaction rates also need to be a wake-up call for police forces in rural areas and everything should be done to harness the opportunities presented.

“Good, accessible local policing is central to this and I believe police forces which significantly shrink their local teams in rural areas do so at their peril.”

The NRCN is calling for fairer funding for rural policing – including a review of the funding formula that recognises the costs of policing rural areas.

Providing services across large, sparsely populated geographical areas was relatively expensive on a per capita basis, and as resources come under even greater pressure, it warned.

The survey results were presented to MPs at a meeting of the All-Party Parliamentary Group on Rural Services in London on Tuesday (15 September).