A farmer has spoken for the first time about the dramatic moment he used his Bateman sprayer to foil a fly-tipper.

The farmer was travelling down a road near his farm in the Appleton Roebuck area, near York, when he saw the driver of a grey Ford Transit van acting suspicious. 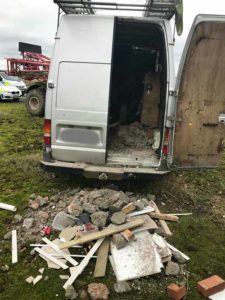 Initially, he said he thought the van driver was a bird watcher – until he saw rubbish spilling from the rear of the vehicle.

“Everything was spilling out; brick, rubble, heating and plumbing materials,” the farmer told Farmers Weekly.

“It was a race between who got there first, whether he could get to the front door first and drive off, or me get there first with my sprayer.”

The farmer, who does not want to be named, used his Bateman sprayer to trap the van driver between two heaps of stone.

“I trapped him in with the blown wheels, straight up the side of his bumper and the centre of the van,” he said. “He could not back up because he had a heap of rubble behind him.”

The farmer asked the van driver why he had targeted his land.

“He said it was the first time he had done it and because the tips were shut,” said the farmer.

“He had run out of tickets, so would have to pay for disposal. I told him it was Sunday afternoon and he only had to wait until Monday to take it to the tip.”

The farmer estimated there were between 10 and 15 bags worth of rubble in the van, if it had been bagged up.

“The council is charging £7 a bag for rubble. But the problem is, if these workers charge for disposal, it’s an extra £300 on the job – and they don’t get the work,” he added. 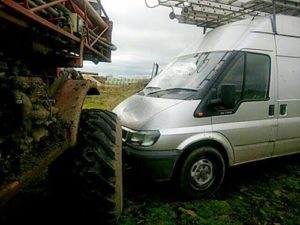 The farmer described the van driver as “remorseful”, but he refused to let him go.

“I just said I’m sorry, but I have tried 10 years to catch one [a fly-tipper]. It isn’t my rubbish, the guy was caught red-handed. I had to do something.”

He spent 45 minutes on the phone to police authorities – telephoning 999, then 101, then 999 again. He also called his local council and Highways England. Finally, North Yorkshire Police sent three police cars after he told police the van driver was “getting agitated”.

A North Yorkshire spokesman said: “A 41-year-old man from York has been reported for fly-tipping, waste carrying and MOT offences.

“Fly-tipping is a crime that blights local environments. It is a source of pollution, a potential danger to public health and a hazard to wildlife. It also undermines legitimate waste businesses, where unscrupulous operators undercut those operating within the law.” 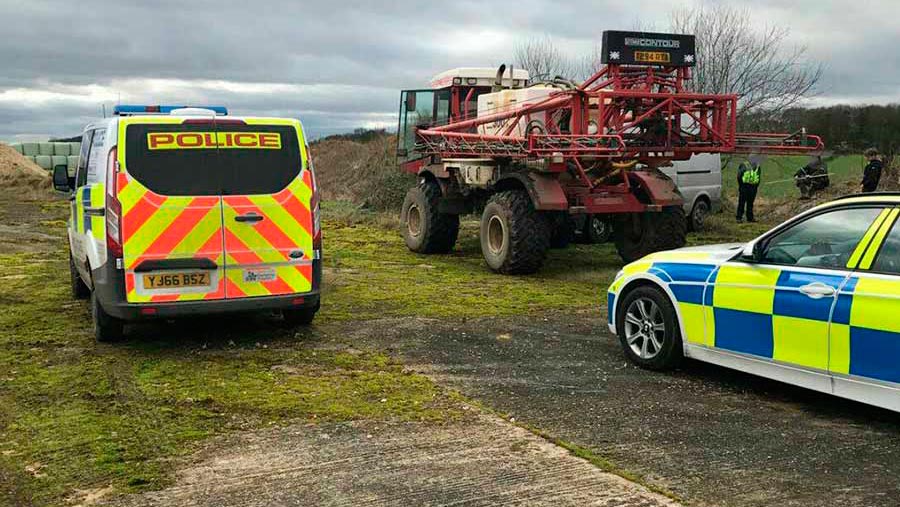 Police urged anyone who witnesses fly-tipping to record as many details about the incident and the waste as possible.

“Regardless of whether the fly-tipping is on public or private land, you should report it. Contact your local authority or the Environment Agency and they will advise on how an incident will be investigated or dealt with.”