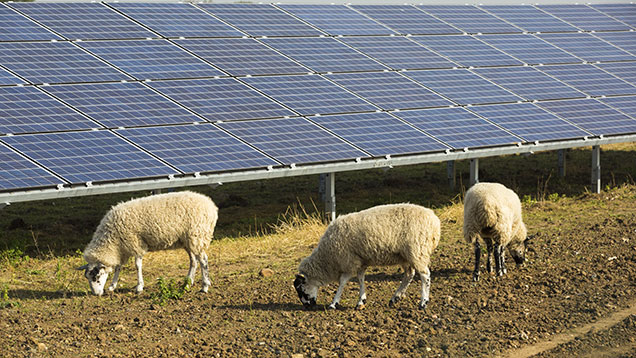 Thieves have stolen more than 100 solar panels from farms in Lincolnshire – following a similar incident in Derbyshire.

Police are warning farmers and businesses with ground-based solar panel arrays to be vigilant following two reports of thefts in the county.

Some 66 panels, plus all the associated converters and electrics, were stolen from a field near White Cross, in Sutton St James.

Some 58 panels were stolen from a farm at Brant Broughton overnight between Monday and Tuesday (16-17 March).

The thieves appear to be targeting isolated locations and owners of such PV arrays are advised to take all possible precautions.

Up to 100 solar panels have been stolen in two overnight raids on a 45ha site in Derbyshire.

It follows the theft of almost 100 solar panels from fields in Derbyshire.

Thieves removed 14 solar panels from fields off the A515 Lichfield Road, at Aston House Farm, near Sudbury, overnight on Tuesday 3 March.

In an earlier raid, 84 panels were stolen from another site in Lichfield Road between 6pm on Friday 27 February and 11.30am the next day.