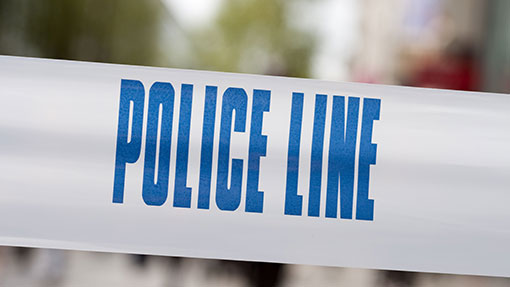 Four men have been convicted after a crackdown on rural crime by Hampshire Police.

On Monday, 3 February, 18-year-old Edward Jesse James Goddard, of Winchester Street, Botley, pleaded guilty to night poaching at Basingstoke Magistrates Court. He was fined and ordered to pay costs of £305, and the equipment used in the incident was seized.

A 20-year-old man from Southampton also received an adult caution for his involvement in the offence, which took place on 12 December in Bramdean.

A week later (10 February) Henry Woolford, 19, from Lyne Road, Virginia Water, and William Read, 38, from Mead Avenue, Langley, in Slough, were convicted at Basingstoke magistrates for daytime poaching in pursuit of game at Longparish on 28 September.

Each defendant was ordered to pay a compensation only financial penalty of £2,500 to Hampshire Constabulary for kennelling costs.

A forfeiture order for the dogs was not upheld and they were returned to the owners.

The fourth conviction was reached in court on Thursday, 14 February, when Thomas Eastwood, 58, of Worsley Road, Frimley, was sentenced at Winchester Crown Court to 10 months in prison for two offences of handling stolen goods.

A police spokesman said the successful prosecution followed a lengthy investigation. The force’s countrywatch officers received tip-offs from members of the rural community about suspicious vehicles and incidents in Upton Grey and South Warnborough in July and August last year, the spokesman added.

Chief Inspector Simon Dodds, strategic lead for rural policing, said: “‘These successful results are further examples of how the police and local community are working together to reduce incidents of crime in rural areas.

“We are working hard with the courts to secure the maximum penalties that we can because we need the punishment to act as a significant deterrent to these offenders, and anyone else considering these types of crimes.

“In all of these incidents, we have used information provided to us by members of the public to help build our cases against these individuals to put them before the courts.

“These results show how vital that information is. Reports of suspicious activity or sightings of vehicles where they shouldn’t be allow us to build a case against those who are intent on coming here to commit crime. There can sometimes be a perception that because action isn’t seen to be taken at the time, that nothing is happening.

“I hope these results show our rural communities that we are listening, we do take action and we are committed to tackling, disrupting and ultimately preventing criminal activity.”

Assistant police and crime commissioner Judy Venables said: “This is another successful outcome that highlights the value of Hampshire Constabulary bringing these cases to court. Through the hard work of the investigating police officers and with the help of CPS, we are committed to ensuring that rural crimes are effectively prosecuted.

“The level of financial penalty imposed upon the defendants indicates that this case was taken seriously by the court. It’s also gratifying that the magistrates felt that a significant contribution should be made to the kennelling costs incurred by the police.”

More on this topic Visit Crime Register to report crime