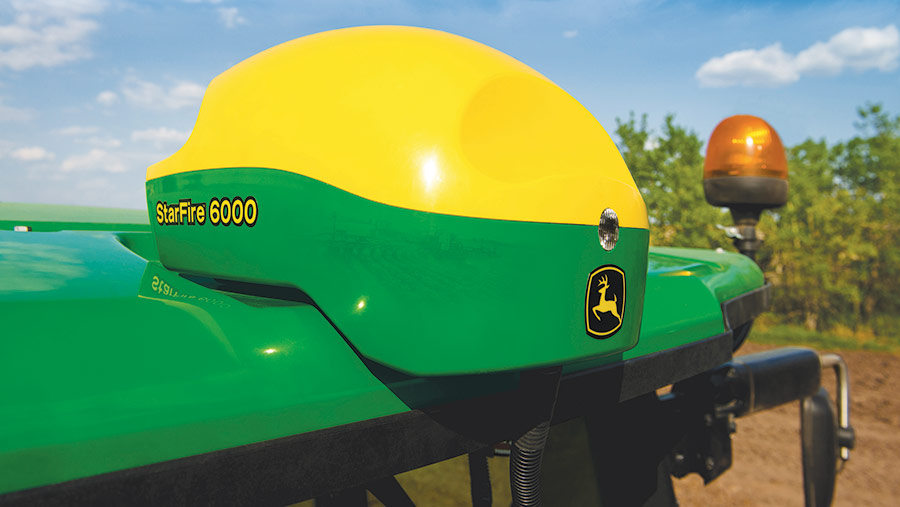 Eight John Deere StarFire receivers were stolen last weekend from farms in the Norfolk area alone, according to police reports.

Norfolk Police have confirmed that three GPS systems were stolen from John Deere tractors in the north of the county.

The devices sell for £1000 upwards second-hand, including on auction sites such as eBay.

Two John Deere tractors were then stolen in the Breckland area of Norfolk.

A John Deere GreenStar guidance system was among £60,000 worth of GPS kit stolen from Buckinghamshire farmer Steven Lear earlier this month.

Mr Lear said he knew of seven units stolen in the county within the past fortnight.

Police failed to come out to the farm, he said – and seemed more interested in investigating the theft of a painting from an Oxford art gallery.

Nice to see the police are investigating the theft of a painting from an Oxford gallery on the news last night worth £40,000. Shame they didn’t even come out to us when we had all our GPS kit nicked worth £60,000 two nights ago. Apparently rural crime doesn’t matter now.

Farmers are advised to insure equipment and remove any devices from machines left in the field.