A landowner says it will cost £20,000 to clear four lorry-loads of rubbish dumped in his private woodland.

Balaclava-clad raiders used bolt cutters to break a padlocked chain leading into Million Woods on the Enville Estate in rural Staffordshire and dump up to 200t of waste.

A dog walker spotted the fly-tippers dumping tonnes of rubbish from a lorry on the 2,630ha estate, near Stourbridge, while men in a Vauxhall Astra kept watch. 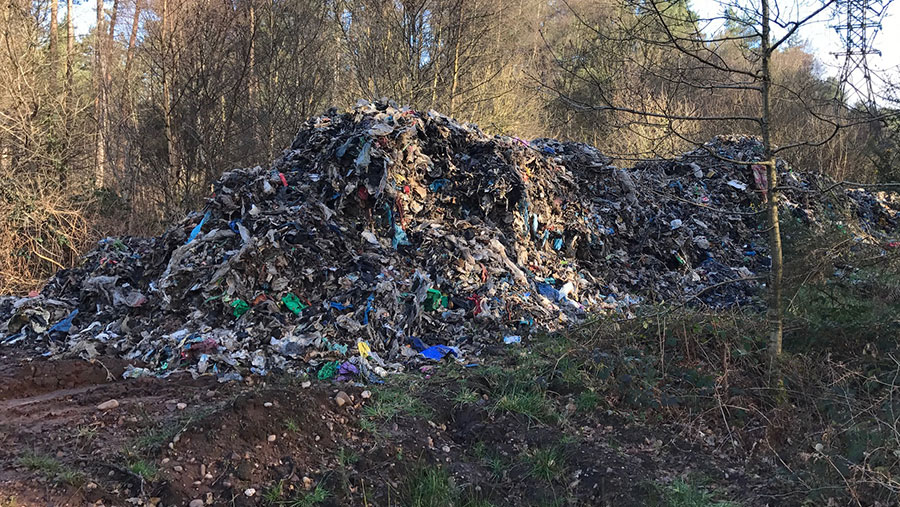 The dog walker called police and the estate owner, but as he tried to take photos two men wearing balaclavas got out of the car and chased him away.

The dog walker said the men appeared to be in the middle of changing the number plate on the lorry.

Staffordshire Police and the Environment Agency are investigating and they have appealed to anyone with information.

“He phoned the estate office and my parents shot up there in a car as quickly as they could.

“As they were giving chase the lorry went the other way, got through a set of temporary traffic lights and got away.

“The Environment Agency is investigating. They have good leads and ideas.”

“There is so much rubbish that it could have come from many different places,” he said.

“It has been bailed at some point and was probably intended for landfill. We found newspapers dated from 2013, a leaflet from a Mansfield-based tanning salon and an old invoice from 1977 from a garage in Cambridge.”

Mr Williams said he was hopeful the clean-up costs would be covered under the estate’s insurance policy.

This latest incident happened at about 1.30pm on 7 March. Since then, the estate has decided to place large tree stumps in front of gates to keep intruders out.

The estate is also considering installing CCTV cameras as a further deterrent.

The incident at Enville Estate is similar to a fly-tipping incident which happened 15 miles away on Andrew Nicholls’s farm in Bridgnorth, Shropshire, on Friday 10 March.

In this case, fly-tippers cut the chain and padlock off a gate and dumped 100t of industrial waste in the farmyard.