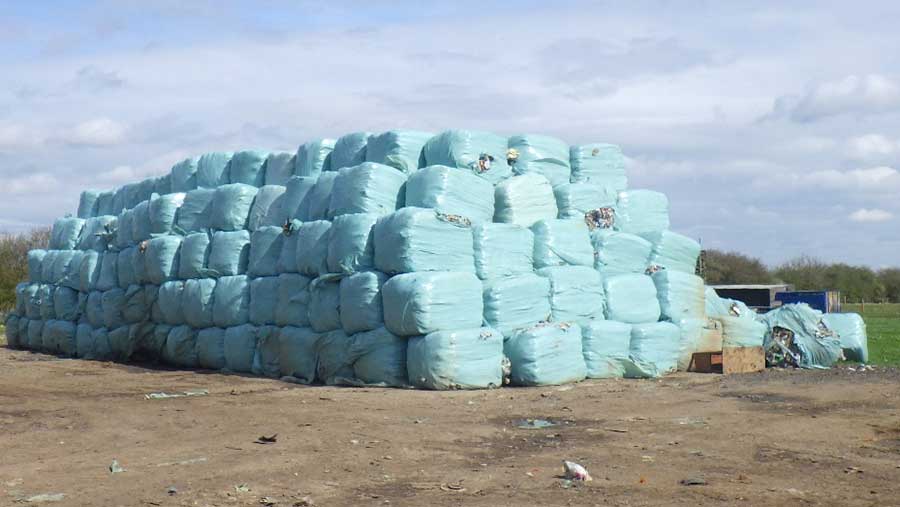 Eastern counties farmers and landowners are being warned to be vigilant of a scam which has left farmers with huge bills to clean-up tonnes of rubbish dumped on their land.

In the last week, the Environment Agency’s (EA) environmental crime team have dealt with two incidents where farmers in Lincolnshire were paid to store tarmac road planings for use in road repairs on their land.

After accepting, the two farmers found mountains of baled waste dumped on their land instead. One is now facing a clean-up bill of about £300,000 to remove the 2,500 bales.

Farmers are likely to be liable for the clean-up bill in such cases as farm insurance policies often do not cover so-called “poor business ventures”.

Landowners in neighbouring counties should also be vigilant as convenient transport links mean the scam is likely to be tried in their areas.

The EA is urging landowners to use reputable agents and brokers, carry out suitable checks and inform the seller the EA will be contacted about the transaction.

Peter Stark, senior enforcement officer, said: “Criminals operating in and around the waste industry can be very convincing and persuasive, sometimes offering thousands of pounds in cash up front.”

Don’t be tempted by quick money, you could end up with an environmental risk, flies, polluting liquids running out of bales of waste and even fire risks alongside the massive disposal bill Peter Stark, Environment Agency

“Don’t be tempted by quick money, you could end up with an environmental risk, flies, polluting liquids running out of bales of waste and even fire risks alongside the massive disposal bill.”

The EA said it will fully investigate the two incidents and take enforcement action if it can.

County Land and Business Association east regional director Ben Underwood said: “I urge our members to be vigilant and alert to this potential scam and call on the authorities to impose the strongest possible punishments to anyone caught carrying out this disgraceful crime.”

What are the rules on accepting commercial waste?

The Highways Agency and county council’s highways department and their contractors will always dispose of their waste at legitimate sites.

However they may approach farmers and landowners about reusing tarmac road planings, crushed rubble or concrete to repair road and yard areas.

In such cases, farmers must register the U1 waste exemption with the EA.

What landowners should do if approached

The EA is advising landowners to:

Anyone suspecting illegal waste activities, or who has been approached or may be storing such waste, is urged to contact the EA via a 24-hour incident hotline 0800 807 060.