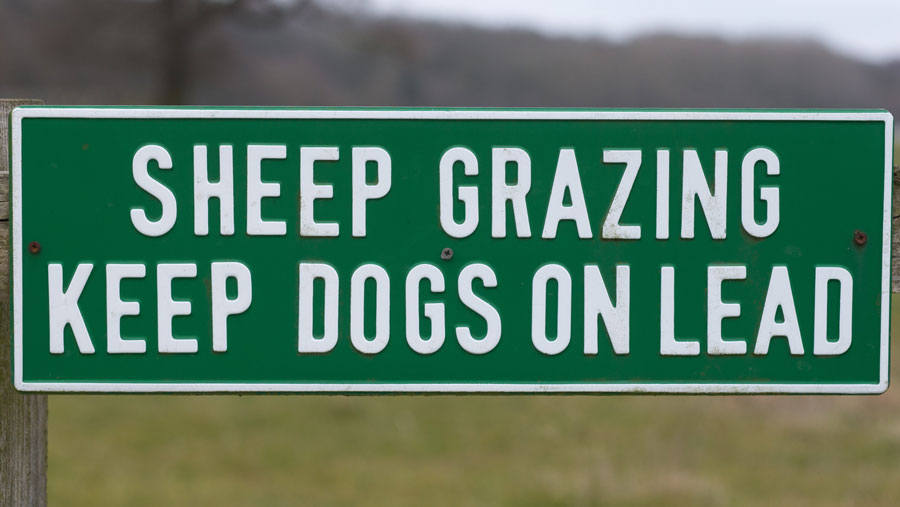 Livestock worrying in Scotland has hit a seven-year high following a spike in reported cases in 2016, according to official police figures.

Police Scotland said there were 179 cases of livestock worrying in Scotland last year in which animals were injured or killed. That’s a year-on-year increase of 46 cases.

NFU Scotland (NFUS) obtained the figures through a Freedom of Information request to Police Scotland.

The Highlands and Islands and Lothians and Borders saw the highest number of livestock worrying incidents – 36 and 27 respectively – with Aberdeenshire and Moray in third with 22.

NFUS said livestock worrying has a “devastating” impact on farmers, both financially and mentally.

He said: “Sheep worrying continues to be a burden on us, and it is not just the financial losses we suffer, but the stress it can cause for sheep, and the time we have to take away from the day-to-day running of our business to deal with such cases.

“Those responsible just don’t realise the damage their dogs can do by being among livestock.

“Ninety-nine per cent of those who are walking their dogs are responsible, it’s the 1% who are careless, and they need to be educated.”

As farmers and crofters enter the busy spring calving and lambing period, NFUS urged dog owners to act responsibly now, and throughout the year, by keeping dogs on leads near livestock.