A huge cross-sector body in Scotland has launched a three-year, seven-pronged strategy to combat rural crime.

The strategy was formed by the Scottish Partnership Against Rural Crime (Sparc) – an umbrella group of 16 organisations that was set up in 2015.

The diverse make-up of the group enables it to tackle crime across every sector linked to the countryside.

Its latest strategy will run until 2022 and the launch document pledges to use a co-ordinated approach that promotes and develops confident crime-resilient rural communities.

And it adds that it will achieve this through prevention measures, intelligence gathering and enforcement using the broad scope of bodies within the group.

Of the 16 organisations that make up Sparc, seven have been charged with spearheading efforts against specific types of crime.

Each organisation has a detailed, published action plan that sets out how its crime area will be tackled and a target success rate.

For example, within Zero Waste Scotland’s fly-tipping target, is the commitment to promote collaboration to catch and prosecute law breakers.

To do this it will co-ordinate an intelligence-gathering effort with success measured by the number of prosecutions achieved.

Similarly, among Police Scotland’s targets for reducing farm machinery theft, is the pledge to disrupt the movement of criminal gangs on Scotland’s roads.

It will work closely with the Rural Watch scheme and employ cutting-edge technology to track criminal movements.

“The volume of crime in rural communities and environments is often lower than in urban locations.

“But the consequences and impact of an incident or crime committed often has a much deeper, far-reaching impact, both on the victim and community as a whole,” Mr McKenzie said. 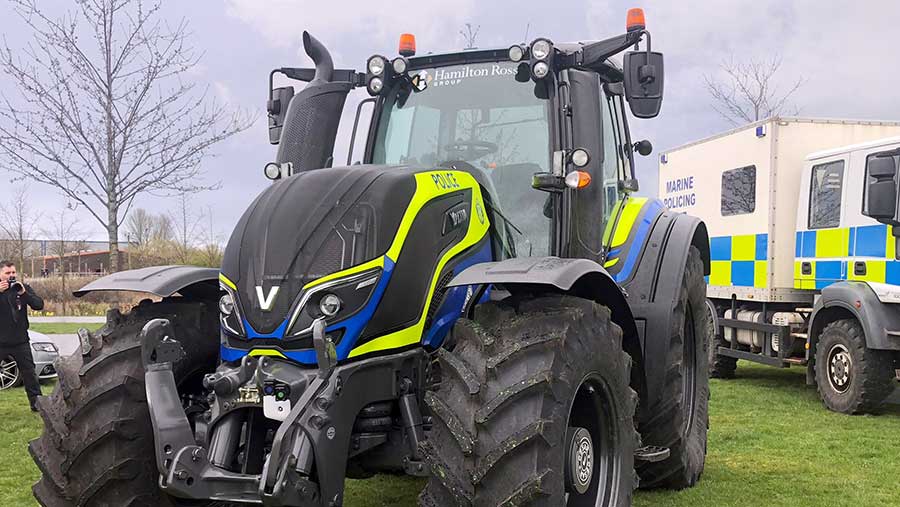 Sparc has unveiled a tractor painted in police livery to raise awareness of rural crime and the effort to tackle it.

Supplied by Hamilton Ross Group, the Valtra T174EA Sparc-branded tractor will visit 30 agricultural shows and events to stimulate discussion between the public and farmers.

“And to reassure them that any crime-related issues are taken seriously, acted upon and understood,” Mr Dron said.

“Attending agricultural events and shows is one way of providing a focal point that can initiate positive discussion about how others can help reduce opportunities for crime,” he added.