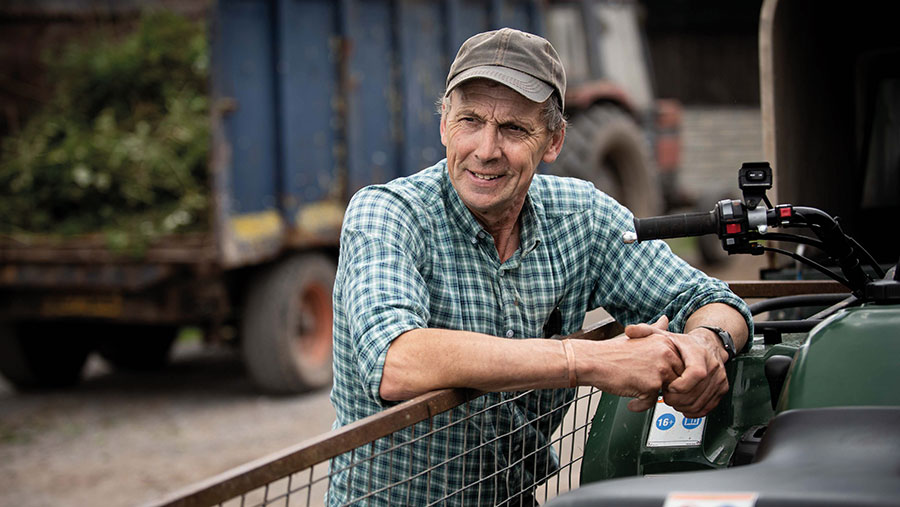 Somerset farmer Richard Willcox, who suffered a theft of an ATV © NFU

A rising tide of rural crime is causing mental anguish to farmers and threatening their businesses, a report has warned.

The cost of rural crime has risen by 9% to £54m over the past 12 months – its highest level for eight years, according to the NFU Mutual study. Crime in the countryside has risen across all UK nations and regions – and is expected to increase further, it warns.

Criminal gangs are stealing expensive pieces of farm machinery – but they are also taking smaller high-value items. Targets include GPS kit worth thousands of pounds which is then sold on the black market.

NFU Mutual rural affairs specialist Rebecca Davidson said the coronavirus lockdown had initially led to a decrease in rural crime. But there were signs that criminal activity was starting to escalate as the economic impact of the pandemic began to bite.

At the same time, farmers were having to deal with an increase in dog attacks against livestock and an influx of walkers on their land. Incidents of fly-tipping waste in the countryside had also increased while local authority recycling centres were closed.

“These crimes, compounded by the extra pressure of Covid-19, can seriously affect the wellbeing of farmers who work long hours and often in isolation,” said Ms Davidson.

Suffolk farmer Glenn Buckingham suffered the theft of a John Deere Starfire 2630 GPS receiver unit and in-cab display just before harvest at Framsden, north of Ipswich. The equipment was removed from a combine harvester in storage, suggesting the thieves had had the farm under surveillance.

“It makes you suspicious of anyone you see in the vicinity of the farm – which is not nice because most people are genuine and honest,” said Mr Buckingham. “But you start to question why people are parked where they park – and you notice things like wheel-marks in gateways.”

Somerset farmer Richard Willcox had a replacement all terrain vehicle stolen almost a year to the day after thieves made off with the original machine. Mr Willcox said the ATV was vital to run his beef and sheep business effectively.

“Not to have it was a burden – to the extent that I had to ask neighbours to come and get my sheep in,” he said. “It is embarrassing to have to ask someone else but people are taking our property – the tools of our trade.”

The Farming Community Network, which supports farmers and their families during difficult times, said the additional stress of dealing with damage, theft and other antisocial behaviour was adding further burden to rural communities.

FCN chief executive Jude McCann said: “This year’s increase in rural crime across the UK is very concerning and the impact it can have on farmers’ mental health and wellbeing is significant.”