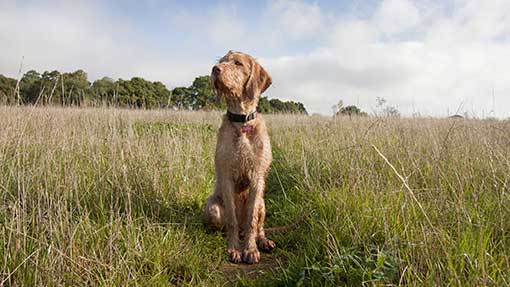 Dog fouling on Scottish farmland could become a criminal offence in future if a petition to be presented to the Scottish parliament later this year is successful.

The problems experienced by farmers in West Dumbartonshire from irresponsible dog walking have prompted NFU Scotland to launch a campaign to tackle the issue from a national perspective. The union will carry out a survey of members to gain opinions and build up case studies to present with the petition.

Dumbarton MSP Jackie Baillie will also write to the Lord Advocate to highlight the flaws within current legislation which does not give the police or local authority enforcement powers under the Land Reform Act. And signage will be erected on farmland as part of a public awareness campaign to get dog owners to clean up after their pets.

The dog mess problem is so bad on John and George Munn’s farm near Alexandria that certain fields are out of bounds to breeding cows because of the stress and disease threat to animals. The farmers told a gathering of politicians and stakeholders on their farm that the combination of stress and disease from dog fouling had resulted in a significant number of abortions in the past.

John Munn appealed to the public to keep dogs off agricultural land.

“It is the minority who are irresponsible, and it’s not just normal dog owners that we are trying to target, but also working dog owners,” he said. “People don’t realise the knock-on effect, both in terms of the distress it causes to the livestock, but also the animal welfare aspect when dogs are allowed to foul on land.”