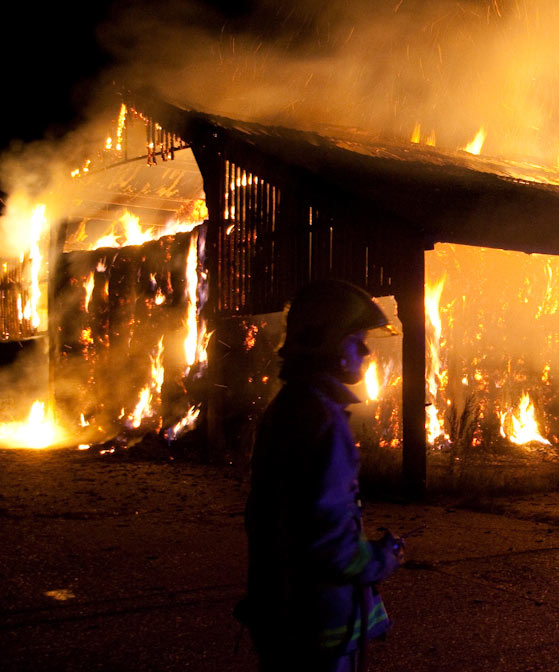 Police have made an arrest after fire destroyed a barn in rural Kent.

More than 30 firefighters were called to the emergency in Thanet at 4:30pm on Wednesday 9 September.

Five teams from nearby towns Ramsgate and Margate, battled the blaze for nearly five hours.

A spokesman for the service said the police were called as soon as firefighters arrived and informed of a deliberate arson attempt.

Kent Police confirmed one person had been arrested and questioned in relation to the incident.

The barn blaze is the latest in a string of arson attacks across Kent.

On Tuesday 1 September 120 tonnes of straw were set alight in West Hythe.

Fire crews said it was the largest stack fire in the county for more than 25 years.