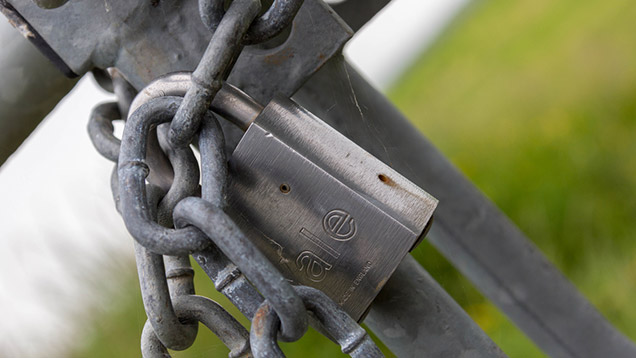 About one-quarter of farming businesses in England and Wales were affected by crime last year, according to a government survey.

The Home Office survey of businesses, released on 23 April, showed rural crime affected about 25% of agriculture, forestry and fishing premises in 2014, with about 95,000 crimes.

Theft (33%) and vandalism (24%) were the most commonly recorded crimes.

Compared with 2013, the number of burglaries per 1,000 premises in the agriculture sector fell by more than one-third from 206 to 132.

The survey records fraud, but does not record online crime for the farm sector, which is becoming an increasing concern for farmers. The highest levels of organised crime reported were in theft of vehicles.

The 2014 Home Office Commercial Victimisation Survey (CVS) is part of work undertaken to understand the impact of crimes against businesses.

The NFU welcomed the survey, saying it helped to raise awareness of rural crime, which can have a “devastating impact on farm families as well as on their businesses”.

Suzanne Clear, the NFU’s senior adviser on planning and rural affairs, said: “We are concerned that not only are the levels of crime too high, but that they hide under-reported crime and antisocial behaviour that our members tell us they experience but do not always feel they can report.

“The NFU is working with the Home Office, but also with the National Rural Crime Network – an organisation of 29 police crime commissioners and key groups with an interest in reducing rural crime and antisocial behaviour – whose new website is released today.

“We are highlighting not just the theft and vandalism issues raised by these statistics, but also to ensure wider wildlife and livestock crime, fly-tipping and fly-grazing are understood and reported.”