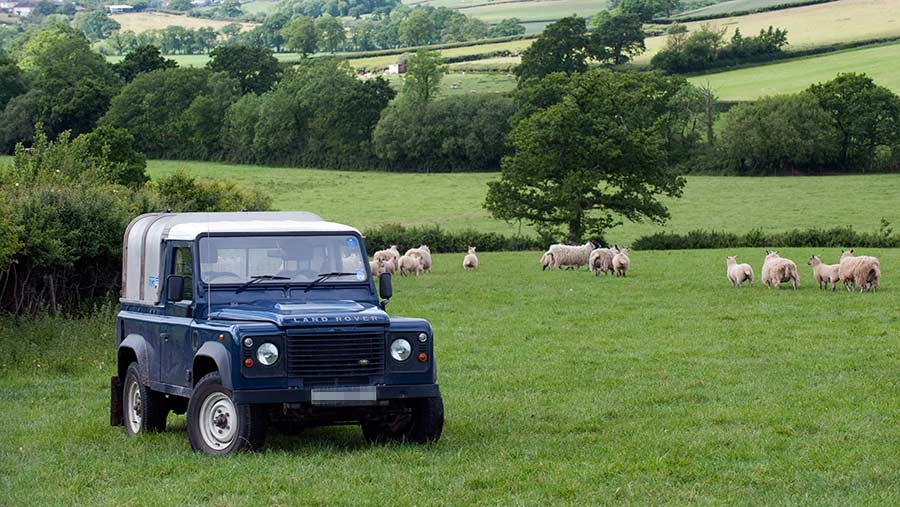 A gang who stole dozens of Land Rovers and machinery from isolated farms has been ordered to pay back almost £150,000.

Daniel Small, 61, and his two sons, Daniel Jnr and James, targeted farms and other businesses across Devon and Cornwall during a seven-month crime wave, carrying out 31 raids in which more than £240,000 worth of goods was stolen.

Accomplices included farmer Barry Stephens, who used his farm near Plymouth to store the stolen farm machinery before it was moved on or sold, and Maurice Isaacs, who owned a traveller’s site in Puriton, near Bridgwater, Somerset, where the gang’s criminal activities were discovered by police.

The application was intended to deprive the defendants of any money they had gained through illegal activity.

Mr Small agreed he had made a benefit of £119,000 from his crimes. The court was told he had assets “well in excess” of that amount and was able to pay back the cash. It was agreed he will pay back £100,000.

Mr Stephens’ benefit was £27,000 and a confiscation order was made for that amount.

The defendants were each told they must pay the money within three months or face custodial sentences.

Two other members of the gang, Daniel Small Jnr and James Small, who were jailed for their part in the spree, were not required to attend the Poca hearing as they had no assets.

At the trial in March last year, Daniel Small Snr was found guilty of two counts of conspiracy to steal between 7 July 2015 and 5 January 2016. He was sentenced to four years and eight months in jail.

Daniel Small Junior, of Ward Place, Plymouth, and James Small, of Berkshire Drive, Plymouth, both admitted two counts of conspiracy to steal. They were jailed for four years and five years, respectively.

Mr Stephens received a 10-month jail sentence suspended for a year. Four other men received non-custodial sentences for their part in the crimes.

Devon farmer Philip Hosking said the theft of his John Deere tractor caused him a huge amount of grief.

The gang forced open a padlock on a barn at Ley Coombe farm, in Modbury, Ivybridge, and stole the John Deere 2040S X-E tractor overnight in August 2007.

“When the tractor left here it had clocked about 8,500 working hours. The police said when they recovered it, it had 50,000 working hours on the clock,” said Mr Hosking.

“I lost the tractor at a really tough time. There was a crisis for small farms and I had to borrow money to buy a replacement.

“It’s hard to accept that someone else had been using it while I was struggling. The tyres had been replaced, so it clearly had been used a lot.”