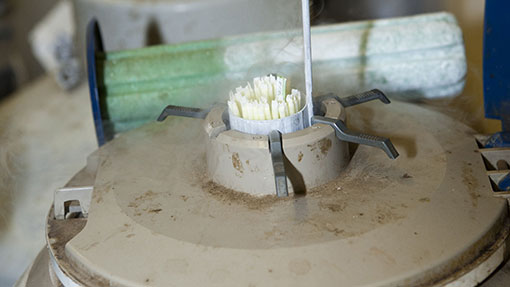 Police are hunting a man who is targeting cattle breeders in a bid to gain tens of thousands of pounds through a mail order semen scam.

The Serious Fraud Office and the City of London police’s cheque fraud unit were notified after breeders across the UK reported the unusual behaviour of a buyer operating from an address in Liverpool. The fake buyer puts in an order then aims to extract thousands of pounds from the breeder before the cheque has cleared.

The British Charolais Cattle Society confirmed that several of its members had been targeted. The society’s chief executive, David Benson, has written to breeders advising them to be aware of fraudulent requests for semen and embryos and to contact the police if approached.

So far no breeders have parted with any money but one Charolais breeder, who asked not to be named, said he was targeted.

“The man contacted us via email and placed an order for £16,000 worth of semen,” the breeder said.

“He was believable and knew what he was talking about. He told us the quantities he required, adding that he had the right number of flasks and other equipment.”

“We questioned the amount and he assured us it was a payment to secure future orders,” the breeder said.

“But I just thought, nobody would overpay by that much and contacted the police. They put me on to a fraud helpline who said ‘do not bank that cheque’.”

“They told me I would very quickly be under pressure to return the £20,000 overpayment before getting the original and agreed amount of £16,000,” the breeder said.

A police spokesman explained: “What this man is attempting to do is known to police as an ‘advance fee fraud’. The key warning sign is an overpayment.

“In such cases the fraudster will order the goods and ask for an invoice. When the payment arrives in the form of a cheque it is often thousands of pounds higher than the original invoice.”

The spokesman added that the fraudster would then, typically, keep in touch to find out whether the cheque had been banked.

“Once it enters the bank clearance system he will start to demand the overpayment back.

“Even when the unwitting seller goes ahead and transfers the excess into the fraudster’s account, the original purchase appears to be progressing normally,” he said.

It is only when the cheque bounces that the fraud becomes apparent.

“The seller has paid thousands in the form of the returned overpayment from his or her account for nothing in return,” the fraud office spokesman said.

Any attempts to recover the money from the fraudster are futile.

“The payment will have been paid into what we call a mule account, which is used to transfer the money on to another account abroad. The money is gone in a few hours. By the time the seller has been notified that the cheque has bounced, the money and the fraudster are long gone.”